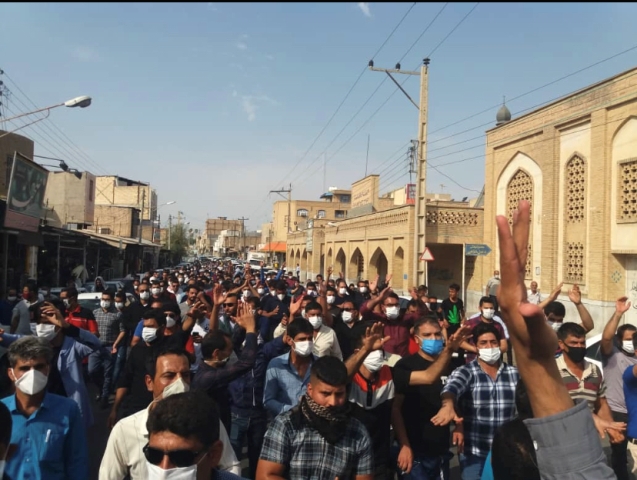 Since June, workers have been holding daily peaceful demonstrations at the governor’s office in Shush to demand their wages. Work continues in the cane fields. There has been no factory production since June, but the workers are in limbo; the mill has not officially ceased production, although the gates are guarded by security.