Home/News/Morocco: workers from throughout the country march in Agadir in support of rights for DOHA fish workers 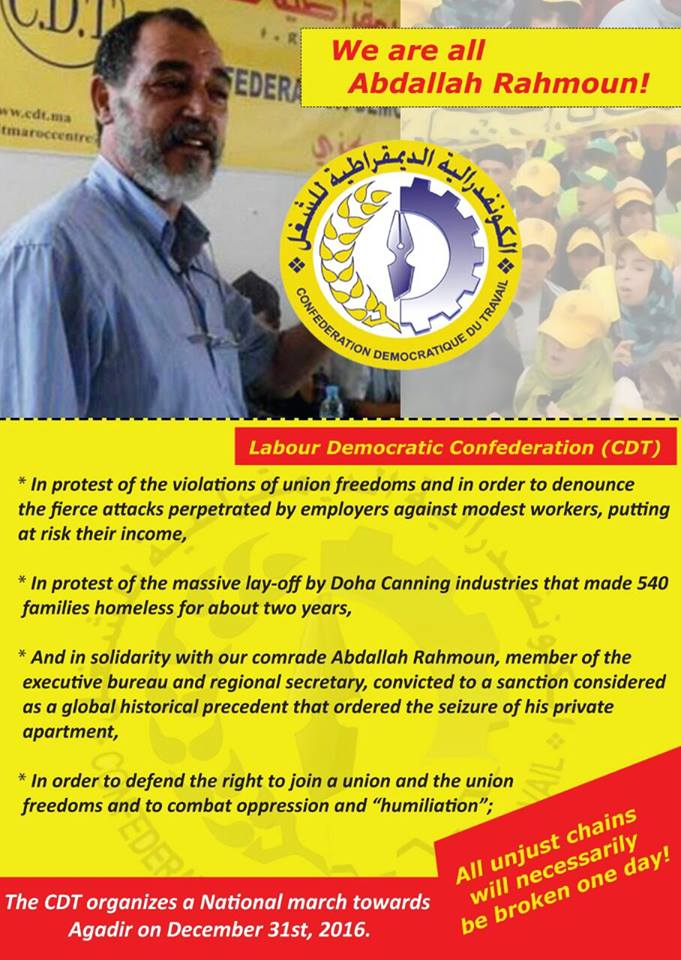 Union activists from around the country travelled to Agadir on December 31, 2016 to show their support for the more than 500 workers dismissed by the DOHA fish canning company following a strike and lockout in 2015 and to denounce the court-ordered seizure of the union leader’s apartment.

Members of the national center CDT and their supporters, men and women from Agadir, came out to welcome the protest demonstration that stretched for several kilometers from the city outskirts to the city central square. The ‘march of anger’ then advanced along the main avenue and towards the beach area where protestors formed a human chain facing the lines of policemen who had been put on full alert, to demand justice for union President Abdullah Rakhmoun and the DOHA workers and an end to the use of the courts to curtail fundamental rights.

DOHA, a major exporter of processed fish products, is part of the wealthy BICHA Group.