Home/News/IUF, Australian and Hong Kong unions in cooperation agreement to protect the rights of migrant workers

Published: 12/10/2015
Organizing by the IUF-affiliated National Union of Workers in Australia’s poultry industry has brought to light the brutal exploitation of migrant workers not only in poultry processing but on many farms producing produce for the country’s leading retail chains. Many of these workers come to Australia as ‘Working Holiday Makers’ who obtain visas and employment abroad. As part of its ongoing campaign to defend these vulnerable workers and ensure they are treated fairly, the NUW has entered into an agreement with the independent trade union confederation HKCTU in Hong Kong, one of the sources of migrant labour, with the support of the IUF. 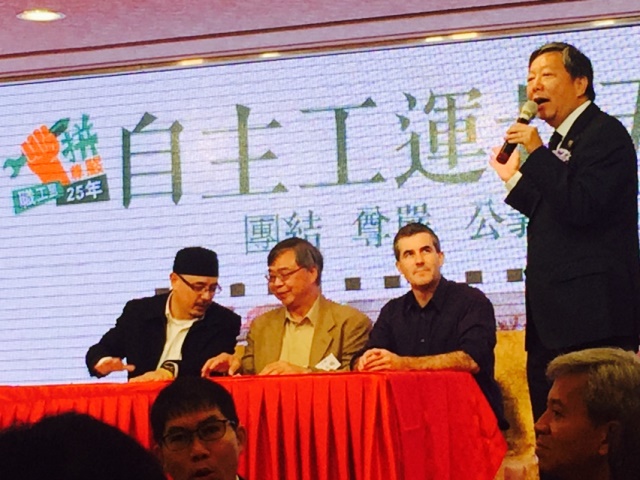 The two union organizations will work together to provide migrants with training and practical assistance in both countries to help ensure their rights are respected and to encourage and facilitate their participation in the trade union movement in both countries.