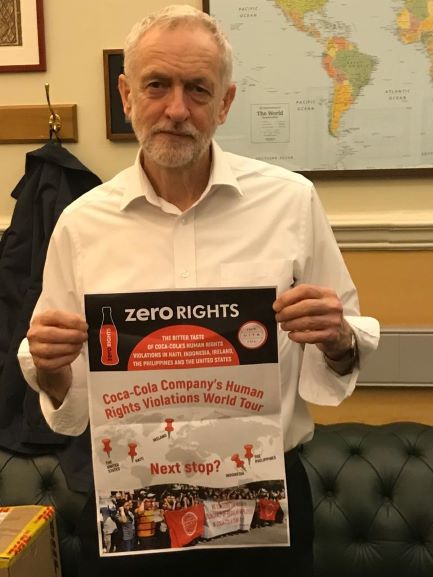 Jeremy Corbyn, Leader of the UK Labour Party, took time out from a busy schedule to express his support for the IUF’s Coca-Cola Zero Rights campaign.

Corbyn expressed deep concern that one of the world’s most iconic brands was allowing human rights violations by the parent company and its bottlers to continue in Haiti, Indonesia, the Philippines, Ireland and the USA, and conveyed his and the UK Labour Party’s strong support to Coca-Cola workers struggling to access their fundamental rights within the Coca-Cola system.