Since April 2018, workers at Cargill Turkey have been fighting for their right to join and be represented by a union - a fundamental human right. The IUF stands together with them. 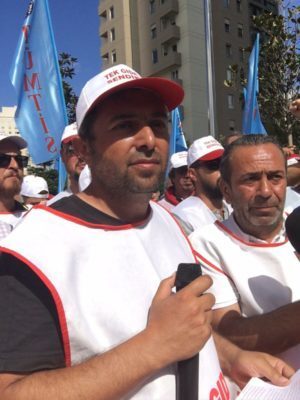 Minnesota, USA-based Cargill is the world’s largest private corporation, with over USD 113 billion in sales in 2019. Cargill employs 170,000 workers in 70 countries, across the globe. Originally grain traders, Cargill today has operations in meat and poultry, food and beverage ingredients, primary commodity trading and processing, and financial services. Virtually every major company in the IUF sectors buys from Cargill.

Many IUF affiliates have collective bargaining agreements with Cargill. At Cargill Turkey, however, management has made it clear it doesn’t want a union; since 2015, the highest-level courts in Turkey have issued definitive rulings that Cargill has dismissed workers in retaliation for their union activity and membership, and ordered them reinstated. But no worker illegally dismissed at Cargill Turkey has been reinstated, because there is a loophole in the law: companies can pay for their human rights violations rather than reinstate the victimized workers. Cargill corporate management has defended these actions.

Fourteen production workers at Cargill's starch factory in Bursa-Orhangazi were dismissed on April 17, 2018 while trying to organize a union. These dismissals came shortly after their union, IUF affiliate Tekgıda-İş, had formally applied for collective bargaining status for workers at Cargill's 4 food facilities in Turkey after reaching what the union believed to be the required 40% legal threshold for a multi-unit bargaining certification. To deny collective bargaining certification, Cargill challenged the union's application by adding workers in the head office to the legal bargaining unit, causing Tekgıda-İş membership to fall below the 40% threshold.

The 14 dismissals in April 2018 followed earlier dismissals of 7 other workers at the same factory who were also trying to organise a union. These 7 workers won their court cases in 2015 and 2018, when Turkey's Supreme Court concluded that they were dismissed in retaliation for their union activity.

In December 2019 and February 2020, Bursa's District Court issued verdicts for 12 of the workers dismissed on April 17, 2018 (2 workers did not contest their dismissals). The Court confirmed that 8 of these workers were dismissed solely for their union activity. The other 4, according to the Court, were unfairly dismissed, because there was no economic justification for their dismissals and Cargill had failed to offer them alternative work in the company. All 12 verdicts ordered reinstatement.

All these dismissals at Cargill violate core ILO Conventions 87 and 98, which protect workers' rights to freedom of association, to organize and to engage in collective bargaining. ILO jurisprudence prescribes reinstatement as the remedy for anti-union dismissal. Cargill has attempted to justify the dismissals on purely economic grounds, stating that the factory had to downsize after the government modified the quota system of starch-based sugar allotments. The dismissal notices all state that the company had sought alternative positions at Cargill for the dismissed workers, but none could be found.

But the factory has been hiring with 9 new permanent production jobs added since December 9, 2019.

If the dismissals, as Cargill claims, were the consequence of downsizing and have nothing to do with union membership, why were the dismissed workers not offered these newly created production jobs? Why were workers without experience or training hired instead? Cargill's defense is not credible. Cargill claims to respect freedom of association, but their lawyers acted to block legal recognition and avoid collective bargaining with Tekgıda-İş.

The workers who were brutally dismissed by Cargill in April 2018 still want their jobs back and are determined to continue fighting for their union and their rights. For 2 years, they have picketed, rallied and marched. Here are some of their stories: 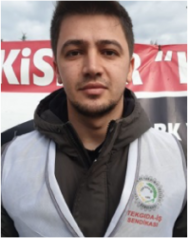 "After working at Cargill for 14 months I became a union member. After joining the union I was dismissed. Together with my other dismissed co-workers who were also union activists, we have been fighting this injustice and demanding reinstatement for 730 days. We will continue to fight until we get our jobs back."

"A week after Tekgıda-İş applied to the Labour Ministry for collective bargaining status at the plant, my department manager told me and some other co-workers that we had put a union between the workers and their employer." 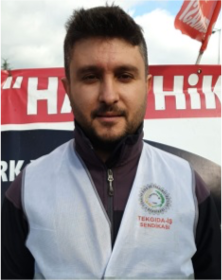 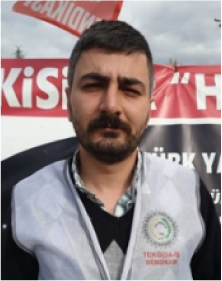 "I worked at the Cargill Orhangazi factory in quality control for 2 years. After becoming a Tekgıda-İş trade union member and following our trade union’s bargaining unit status application to the Labour Ministry, Cargill management dismissed me and my 13 other co-workers who were also union activists on April 17, 2018. These dismissals were unjust. My co-workers and I have fought against this unlawful action. And we have proved our cases by winning in the court."

"I am married and have one child. I worked at the Cargill Orhangazi factory for 19 years, since it opened. Through my years of experience I contributed to a better functioning factory. In search of better working conditions I became a member of Tekgıda-İş and Cargill dismissed me on April 17, 2018, on the pretext that there was a quota reduction in sugar. The real reason was that we were trying to build a union organization in the plant." 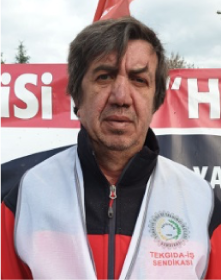 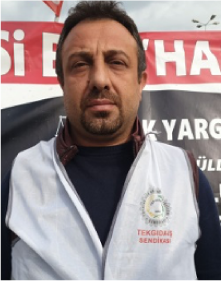 "I started working at the Orhangazi plant as a production operator on August 1, 2001 after working as an electrician to construct the plant. In the first years of production, we experienced many difficulties, but we embraced our jobs as if the business was ours and worked hard to build a successful business for Cargill.

Each year conditions deteriorated. When we raised our issues and concerns to the management, they threatened us with dismissal. We had to get organized to defend our rights and benefits. We became Tekgıda-İş members and came under even more pressure from the management. Union members received smaller wage increases on the pretext of poor performance.

After 17 years of working hard at Cargill, I was dismissed along with my co-workers who were also union activists, with the excuse that the sugar quota was reduced.

I have been fighting for my human rights for 2 years. The only way to remedy our violated rights is by reinstating us."

"I am married and have two children. I worked at Cargill for 8 years; when it was needed, I worked overtime and sacrificed time with my children. When I exercised my right to be a trade union member, I was dismissed. I joined the struggle together with my dismissed co-workers who were also union activists, but it has been hard on my family. I have to work several informal jobs to put bread on the table. I want my job back and I want Cargill to remedy the ongoing rights violations in its operations in Turkey." 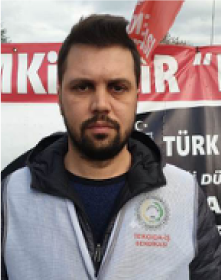 With the support of the IUF's worldwide membership, the fight for reinstatement and union rights at Cargill Turkey continues.

Back again on the streets, workers affirm their commitment to keep fighting for rights at Cargill Turkey

Workers dismissed for joining the IUF affiliate Tekgida-Is at Cargill Turkey 846 days ago held a rally and press conference...

Over 7,000 Cargill workers who are members of UFCW Locals 2, 293 and 540 recently ratified strong, new contracts that...

Back again on the streets, workers affirm their commitment to keep fighting for rights at Cargill Turkey

Workers dismissed for joining the IUF affiliate Tekgida-Is at Cargill Turkey 846 days ago held a rally and press conference...

Over 7,000 Cargill workers who are members of UFCW Locals 2, 293 and 540 recently ratified strong, new contracts that...