Published: 14/02/2014
Unions at Dutch flower auction FloraHolland suspended their strike on February 12 when the company finally agreed to negotiate on their demands. The negotiations followed a mass march by the strikers to the company’s head office.  The details will be finalized and members will vote on the agreement next week. 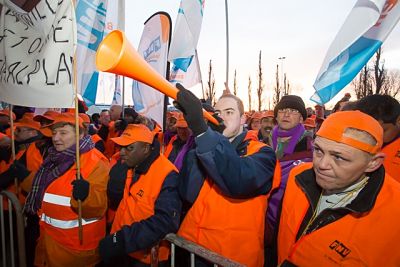 FNV Bongenoten and CNV Dienstenbond have thanked the many thousands of supporters who responded to the IUF appeal with messages to FloraHolland.
When over 6,000 emails flooded the company, incoming messages were blocked, but the blocked messages have been collected and will be conveyed to FloraHolland!
FloraHolland action_opt.jpg