In Pakistan protest actions were held in Karachi, Lahore, Islamabad and Swat throughout the month of April culminating in national actions on May Day. 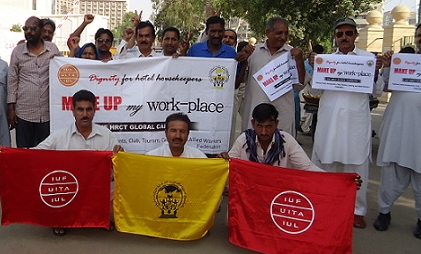