Tens of thousands of Belarusians are participating in on-going protests in their workplaces and on the streets. The protests were sparked by the fraudulent election on August 9, which credited sitting president, Alexander Lukashenko, with 80% of the vote.

Often described as Europe’s last dictator, Lukashenko has for 26 years ruled Belarus with a rod of iron, crushing all opposition. His government has been widely criticized in the ILO and the UN Human Rights Council for its massive violations of freedom of association and its use of forced labour.

The protestors are calling for Lukashenko to go and for democracy to be established. They have been met by state-sponsored violence and repression. Over 7,000 protesters have been arrested, many of them brutally beaten.

But the protesters refuse to be cowed. The small, independent trade union movement in Belarus has called for a general strike and has urged workers to abandon state sponsored structures like the Federation of Belarusian Trade Unions and the Belarusian Republican Union of Youth. 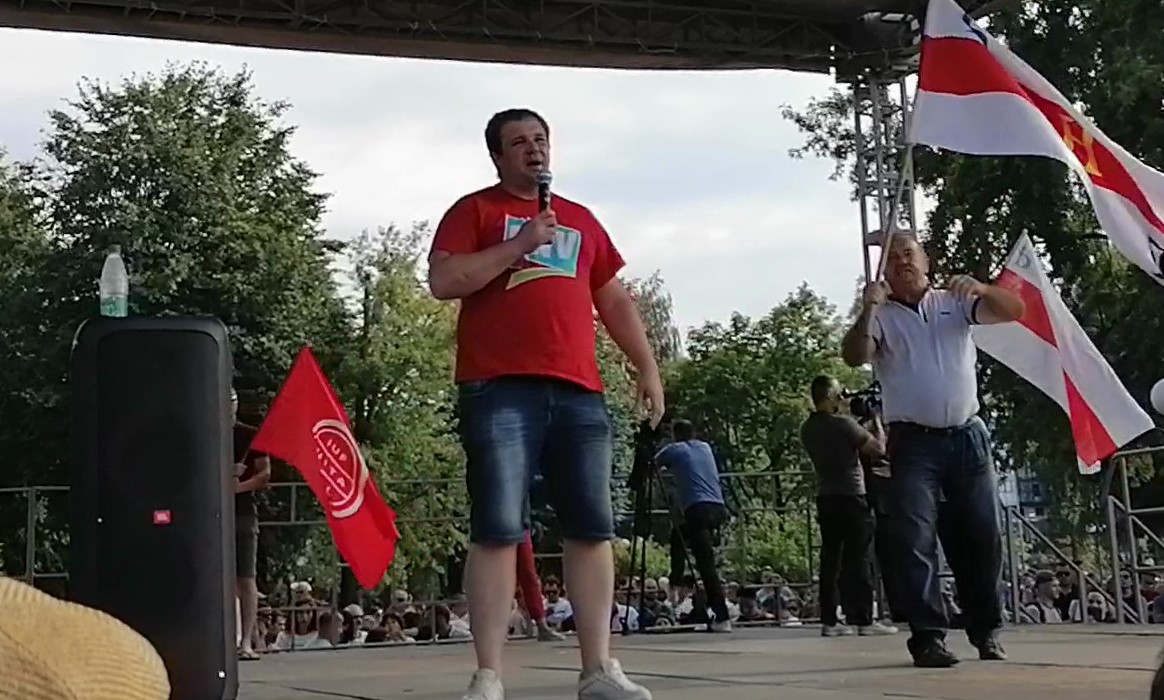 “Join the independent trade unions at your workplace, and if there is not one – organize it yourself. If you remain in these organizations, you are actually confirming your support for Alexander Lukashenko,” urged Maksim Poznyakov (pictured left), president of the IUF-affiliated   Belarusian Independent Trade Union of Miners, Chemists, Oil-refiners, Transport workers, Builders and Other Workers (BITU).

BITU has called on workers to organize mass meetings and to declare to the Central Electoral Commission “no confidence” in the results of the elections. The union has also called for “the cessation of aggression and violence on the part of the security services, for guarantees of safety for workers and their families, for a guarantee that no-one will be dismissed on account of being seized by the police on the streets”.

The IUF stands with its affiliate and the workers of Belarus in their fight for democracy and an independent, democratic trade union movement.

The IUF condemns the state-sponsored violence and repression. It must end now. Lukashenko must go and the Belarusian officials who ran the fraudulent election as well as those responsible for the violent political crackdown must be sanctioned.

Join the independent trade unions at your workplace, and if there is not one – organize it yourself.
Maksim Poznyakov, President of the IUF affiliate BITU