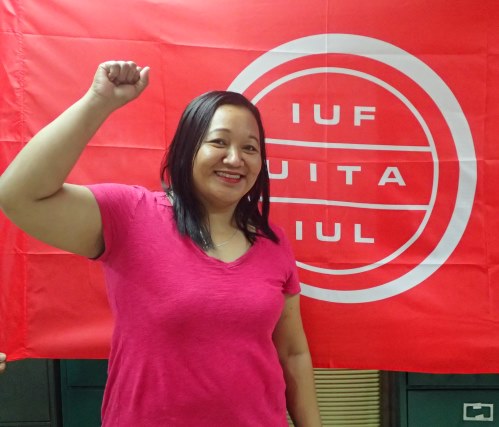 Jenny Marcos, a leader of the Peninsula Employees Union at the Manila Peninsula Hotel in the Philippines, has been reinstated at her job with full back pay and is back at work after being terminated in 2016 for union activities in support of the IUF’s Global Housekeeping Campaign. The unions at the hotel, both members of the IUF-affiliated NUWHRAIN, have been fighting for her reinstatement and in defense of union rights with the support of the IUF in the region and internationally.

The union has expressed its warm appreciation for the many thousands of supporting messages to the Peninsula management sent in response to the IUF’s urgent action appeal. The IUF will continue to monitor respect for trade union rights at the hotel.