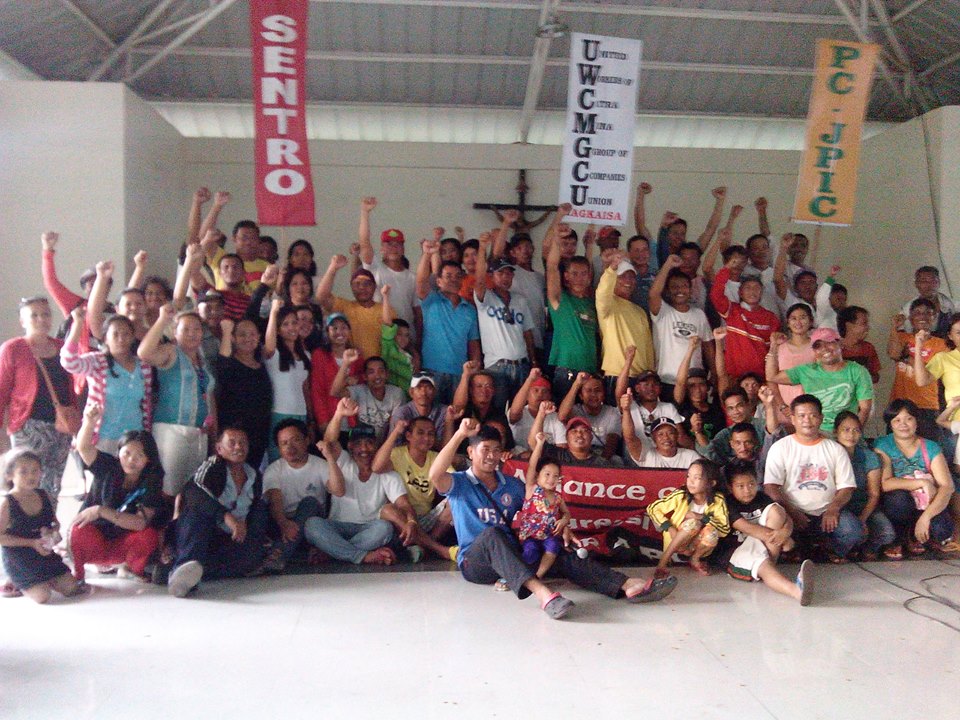 Citra Mina workers gathered to celebrate the first year of the registration of their union with a loud chant: Workers United Will Never be defeated! Mabuhay ang uring manggagawa !!!

July 24 is the date, which marks the first year since the Citra Mina workers union was registered and obtained all legal rights in 2013. The company is refusing to recognise the union, Citra Mina Seafood Corporation, represented by Jannah Krustia H.Lu, appealed for cancellation of union registration, but it was rejected by the Department of Labour and Employment (DOLE).

The DOLE verdict, signed on May 30, 2014 states: “The Samahang United Workers of Citra Mina Group of Companies Union (UWCMGCU) with certificate of registration No.XII-GSC-07-2013-001 shall remain in the roster of legitimate labor organization with all the rights and privileges appurtenant thereto”.