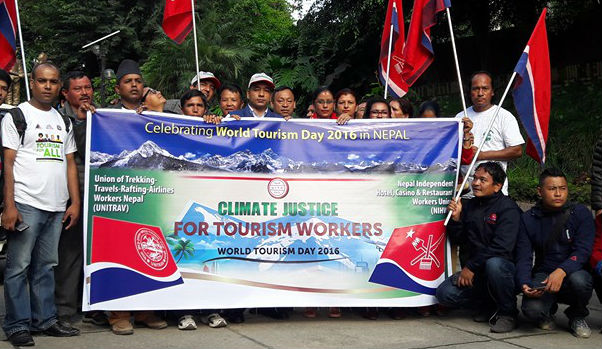 While it is important that governments take urgent action to reduce carbon emissions as a major cause of climate change, many of the “climate action” plans of governments across the Asia/Pacific region still treat climate change as an environmental and industrial issue. Most climate policies today fail to recognize that climate change is also an ethical issue involving human rights and justice.

Click here for the IUF Asia/Pacific call for Climate Justice for Tourism Workers! 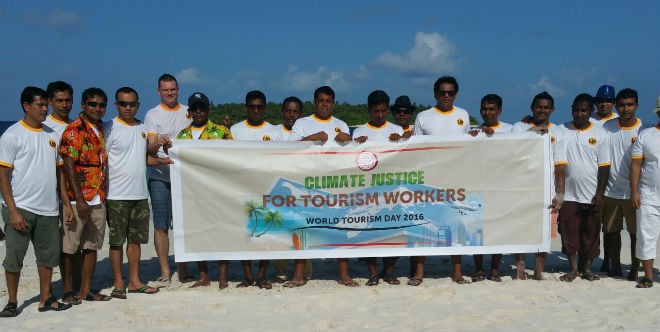