The five leaders and members of the independent union at the Coca-Cola Bandung factory continue to refuse to leave the factory they have remained inside since November 12. The 5 reported as usual for work that day and refused to sign letters endorsing their termination as a consequence of what had earlier been described as a ‘voluntary’ retrenchment program (CLICK HERE for background). 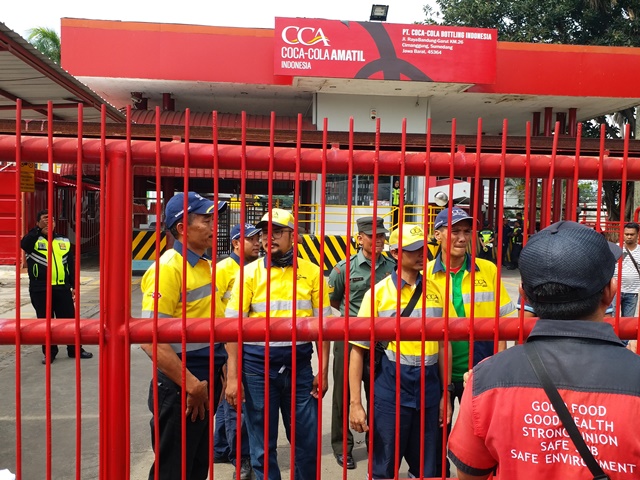 Union resistance to termination resulted in a meeting with management on November 14, but at the meeting management refused the union’s request for information on the specific reasons for the termination of the 5, and declared that there would be no further meetings! The five union members’ are the only forced redundancies imposed within the framework of an “efficiency program” whose sole efficiency is the elimination of the independent union SPMCC. With the support of the independent foodworkers federation FSBMM who are keeping up demonstrations outside the plant the workers continue their occupation and the fight for their rights. 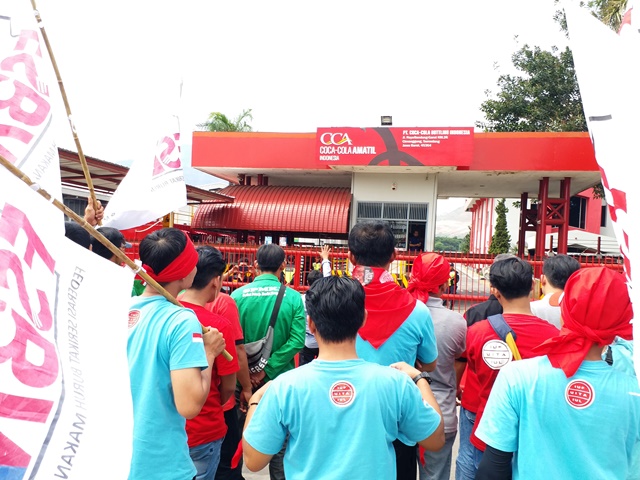