Published: 19/12/2014
Representatives from the Akbayan party in the Philippines House of Representatives have introduced a Congress Resolution  calling on the government to launch a formal investigation into trade union rights violations at the Citra Mina group of tuna companies, where workers are fighting for union recognition and the reinstatement of workers sacked last year after forming a union. The IUF and ITF have supported this call in a joint letter to the Speaker of the House and the House Committee on Labor and Employment. 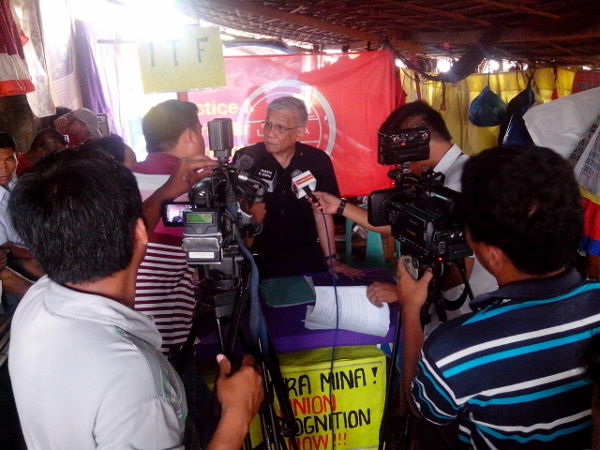 On December 18, Representative Walden Bello, a co-author of the Congress resolution, visited General Santos to meet with union representatives, workers and supporters and hold a press conference. Bello stressed the urgent need for government action and the international importance of the Citra Mina workers’ struggle. Following the press conference, union representatives and Representative Bello met with regional government agencies including the Department of Labor and Employment, the National Conciliation and Mediation Board and the Philippine Coast Guard. 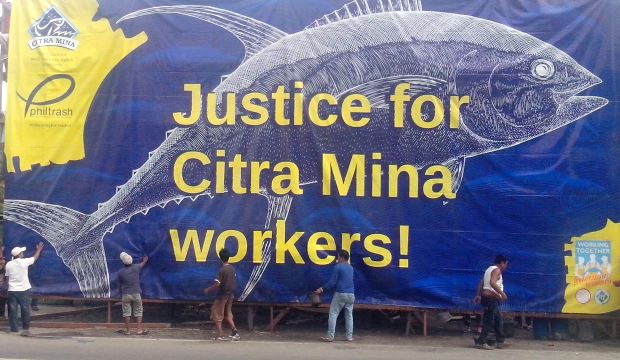