Home/News/Europe-wide protests say no! to trade deals that threaten democracy

Published: 15/10/2014
Thousands of European citizens took to the streets in dozens of European cities on October 11 to show their rejection of the proposed trade deals between the European Union and Canada (CETA) and the EU and the US (TTIP). 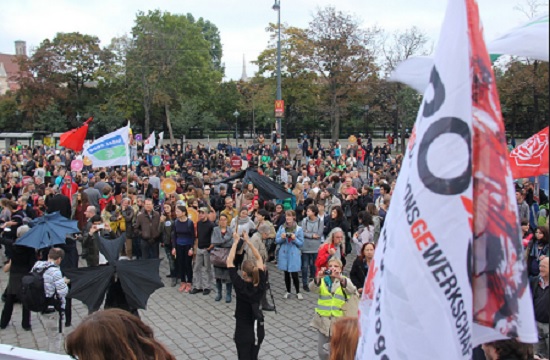 In Austria, the national center OGB was an early endorser of the Action Day and their members filled the streets of Vienna and other cities. 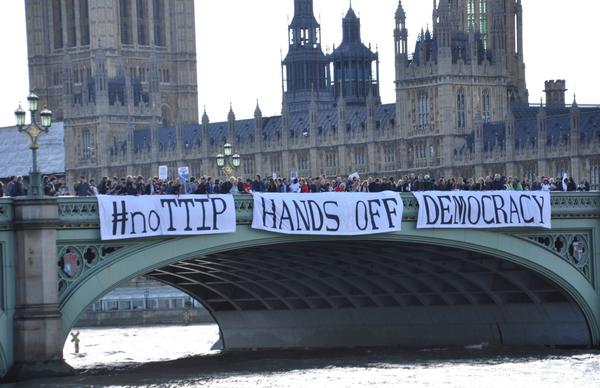 Opposition is growing on both sides of the Atlantic. In September, the UK national center TUC adopted a resolution at its congress calling unions to “adopt a clear position of outright opposition to TTIP, and the other trade agreements currently being negotiated.” 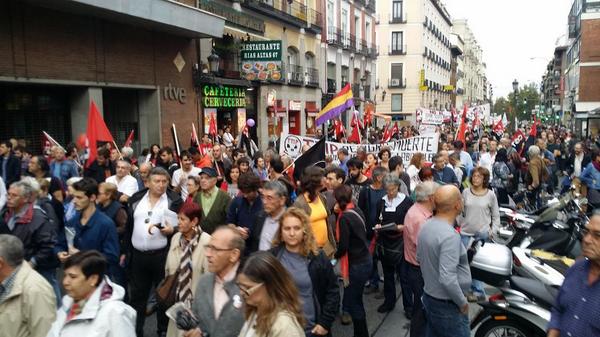 In May this year, the IUF Executive adopted a clear call to oppose CETA, TTIP and the looming Trade in Services Agreement (TISA) as vehicles for strengthening transnational capital at the expense of democratic government and social and environmental standards.