IUF members around the world have responded to the jailing of 6 hotel union leaders and members at the Hotel Tharabar Gate in Myanmar with demonstrations of support and union visits to the country’s diplomatic representations abroad. 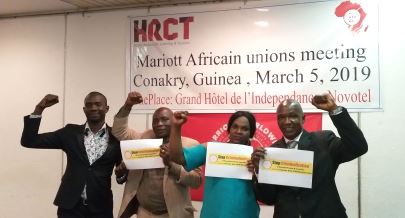 Following the March 1 sentencing, participants in an IUF meeting of Marriot unions in Africa showed their support. 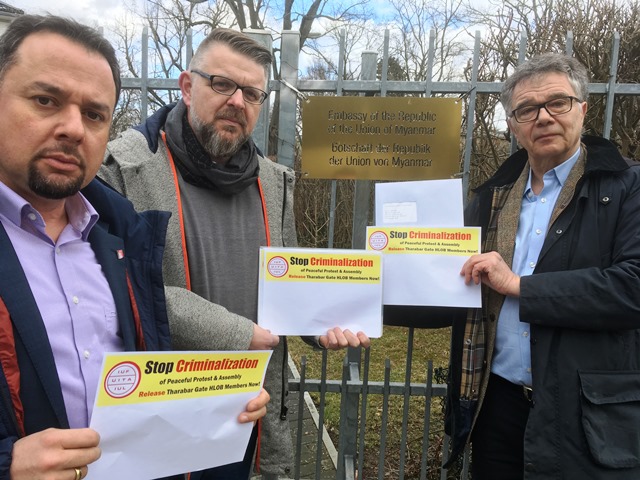 On March 13, a delegation from the German Food and Allied Workers’ Union NGG delivered a letter to the Myanmar embassy in Berlin calling on the government to immediately release the six and to act to ensure respect for freedom of association rather than jail workers seeking to exercise their rights. 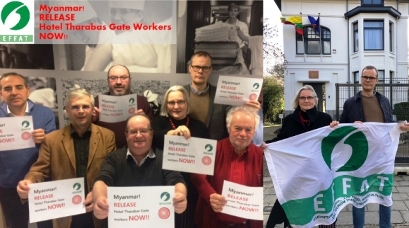 On March 14, The IUF European regional organization EFFAT-IUF showed its support for the struggle in Myanmar and a delegation delivered a letter to the embassy in Brussels calling on the government to release the six. 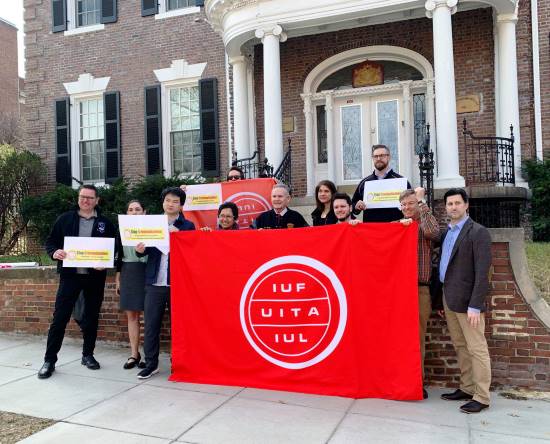 The same day, March 14, IUF North American affiliates with a presence in Washington DC visited the Myanmar embassy to deliver letters from their organizations demanding the government free the prisoners and respect freedom of association

The Nordic HRCT Union, the IUF group which brings together hotel, restaurant and catering unions across Scandinavia, has sent a formal protest to the government of Myanmar and informed the foreign ministries of their respective countries of the government’s gross human rights violations. 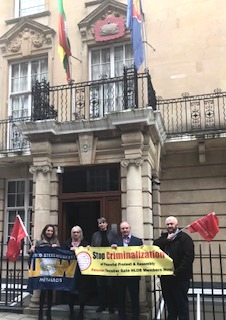 On March 27, a delegation from the Unite in the UK delivered a letter to the Myanmar embassy in London on behalf of Workers Uniting, demanding the government unconditionally free the jailed IUF members and stop criminalizing trade union activity.