Following a month-long campaign, the Milk Food Factory Workers Union at the GlaxoSmithKline (GSK) Horlicks factory in Nabha in Punjab state in northwest India, has won permanent employment for 452 casual workers employed on a ‘temporary’ basis for more than a decade.

According to the collective bargaining agreement (CBA) signed on May 28 by GSK management and the Milk Food Factory Workers Union, all of the 452 casual workers will be made permanent in three stages over the next 12 months. 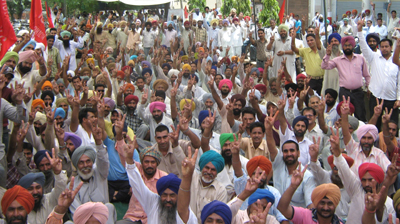 The campaign for permanent jobs at the Horlicks Nabha factory was supported by the IUF India Outreach Office and IUF affiliates, including the Nestle Moga Employees Union which is a member of the IUF-affiliated Federation of All India Nestle Employees. In a mass meeting on May 29 held to celebrate the agreement, the Milk Food Factory Workers Union announced its decision to affiliate to the IUF.