With 96% of votes in favour, workers at the Marriott Sheraton Grand Conakry, Guinea, have voted to form a union and elected their leaders at the country’s largest hotel. 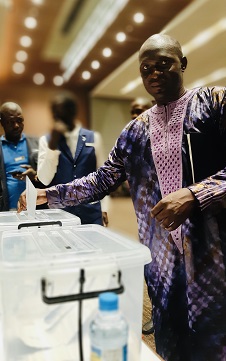 Workers at the 5-star establishment began organizing in response to low wages, unpaid overtime and an absence of healthcare provisions. Half the average monthly pay must go for rent alone, leaving little else for workers to make ends meet.

The Sheraton workers contacted the IUF-affiliated Federation de l’hôtellerie, du tourisme, restaurations, catering et branches connexes (FHTRC) and in March 2019 began the lengthy process that ended with the successful election on February 11. Throughout, hotel management tried all possible means to stop the election.

The union is now planning the next moves to improve working conditions, starting with the negotiation of a collective agreement which will improve the sectoral national agreement achieved in 2018.

The Sheraton workers, Guinean hotel federation FHTRC and the national center ONSLG have warmly thanked the IUF and in particular the North American UNITE HERE! for their constant support. 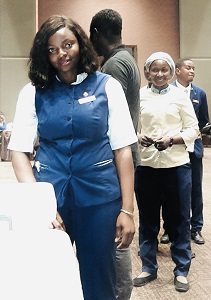