IIn March, IUF members around the world showed support for 6 imprisoned leaders and members of our affiliate HLOB in Burma. The 6 are now free after serving their sentences, but IUF affiliates worldwide are taking action in support of HLOB’s fight for the reinstatement of 12 union members and officers terminated last August and 23 members who were terminated in December for refusing to cross the union picket in solidarity with the 12. 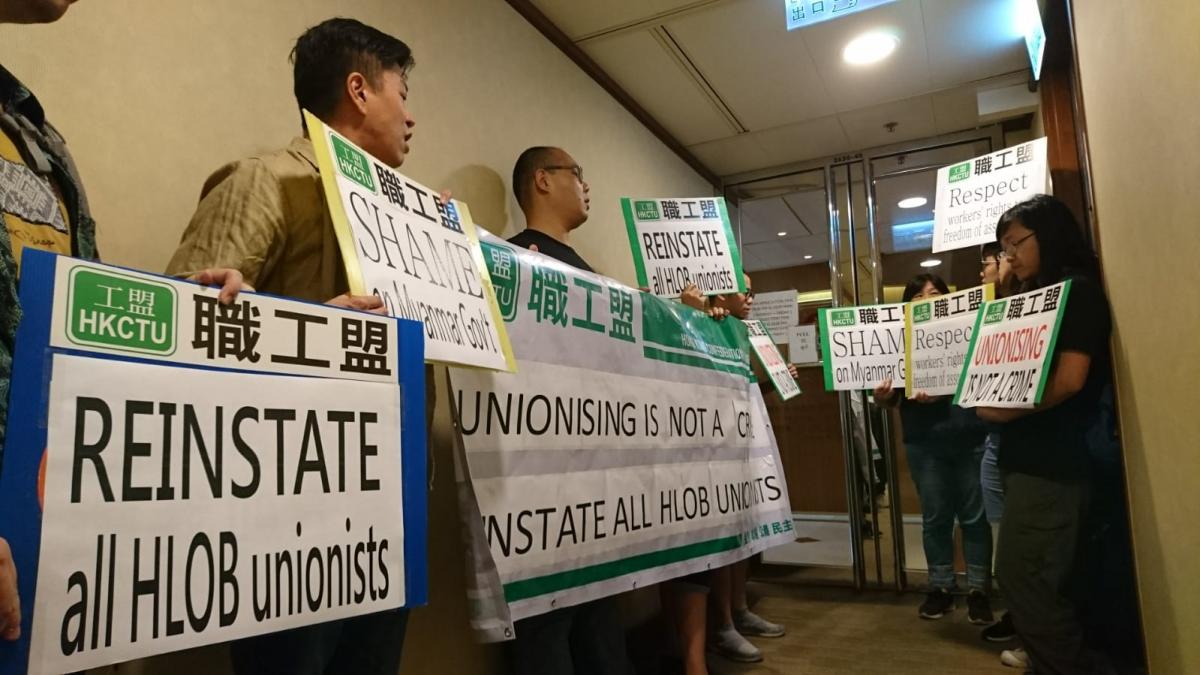 On April 29, representatives from the Hong Kong Confederation of Trade Unions held a protest at the Consulate General of Myanmar in Hong Kong in solidarity with the HLOB, calling on the government to end the criminalization of trade union activity and act to ensure the reinstatement of the victimized union members. 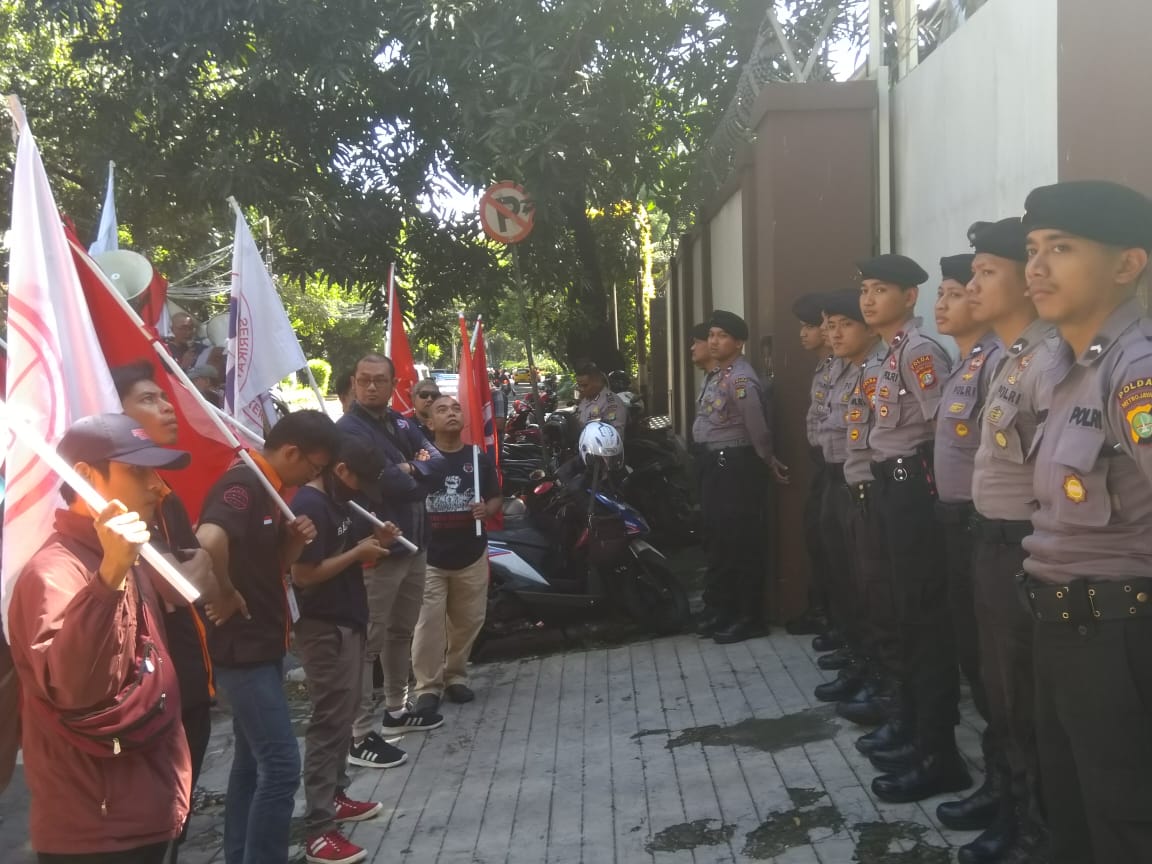 On May 2 in Indonesia, the independent hospitality union federation FSPM demonstrated at the Myanmar embassy in Jakarta, with the same demands on the government of Myanmar.

IUF members around the world will continue to take action until all victimized union members at the Hotel Tharabar Gate are reinstated and their rights fully respected.

CLICK HERE to show your support – send a message to the government of Myanmar!