Several hotel chains – spearheaded by Shangri-La Hotels & Resorts – attempted to force changes in collective agreements to remove service charge distribution as part of hotel workers’ compensation and to retain it as revenue. This so-called “clean wage” system was in fact a dirty tactic to take money from workers to pay the difference needed to meet the new minimum wage. 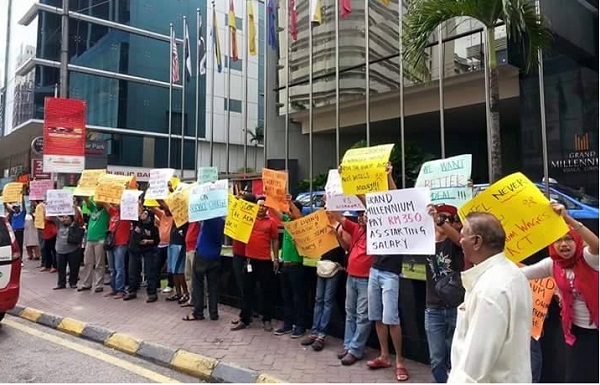 In a landmark ruling, the Federal Court has now upheld an Industrial Court decision that hotel workers must be paid minimum wages in accordance with the Minimum Wages Order 2012, over and above the service charge imposed and that 90 percent of service charge revenue be fully distributed to workers. This decision is retroactive to October 2013.