In the lead-up to national parliamentary elections on April 6, the IUF-affiliated Tourism Employees Association of Maldives (TEAM) organized protest actions calling for a legal minimum wage to be established in the country. TEAM sent letters to all political parties participating in the elections, calling on them to recognize the need for a legal minimum wage for resort workers. 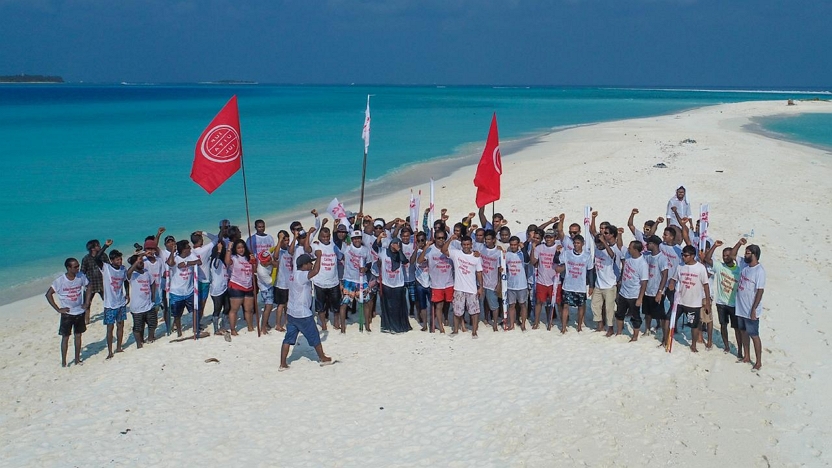 On March 31, hotel and tourism workers from different resorts gathered at Virgin Reef for the protest action

This was the second time that TEAM took action prior to elections. Prior to the presidential elections in September 2018,  the government tried to restrict voting by providing ballot boxes in only 7 of the 132 hotel resort islands, potentially excluding more than 20,000 workers from exercising their voting rights. TEAM protested the moves to disenfranchise resort workers, demanding that more ballot boxes be issued at resorts. More ballot boxes were finally provided and TEAM negotiated special leave for resort workers to cast their ballots, including transport to other islands. This had a decisive impact on the presidential elections, ending the authoritarian rule of Abdulla Yameen.

In the parliamentary elections in April, TEAM is once again set to make an impact. Hotel resort workers – who make up 16% of the country’s workforce – are escalating their calls for laws protecting the right to freedom of association and collective bargaining, as well a legal minimum wage.