Workers held a rally in front of the SOTUBI-Mondelez factory in Ben Arous, just south of Tunis, on 5 December 2013.

Organised by the food workers federation, FGAT, and the regional organisation of the UGTT, the rally was in protest against the harassment and victimisation of trade unionists, which has increased in the wake of the election of a new union committee by the SOTUBI-Mondelez workforce on 27 October. 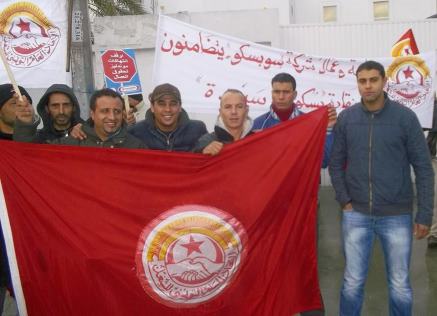