A large rally on September 18 in front of Cargill’s Istanbul head office, with participants from 22 trade union, civil and political organizations, showed the wide support for the fourteen workers and members of IUF affiliate Tekgida-Is who have been continuously protesting since they were dismissed over 150 days ago while organizing a union at Cargill in Bursa-Orhangazi, Turkey.

The demonstration capped the 14 workers’ march of over 115 kilometres from the plant to the company’s Turkey headquarters, which spread their message across Turkey. Their struggle has been widely covered in the Turkish press and even been taken up by popular Turkish musician Haluk Levent. The marchers were briefly detained by the police on the final leg of their peaceful march, on September 17. 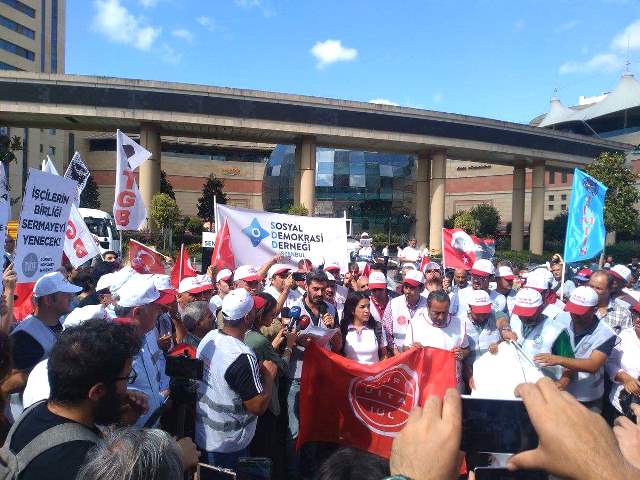 The IUF joined yesterday’s protest bringing a message of solidarity from IUF-affiliated unions around the world, who have been supporting their struggle since the 14 were dismissed on April 17, 2018.