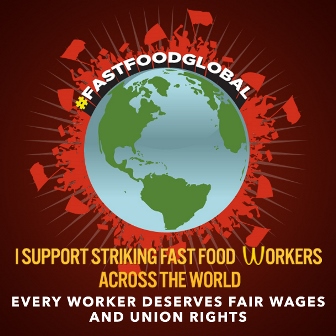 On November 12th hundreds of USA McDonald’s workers went on strike demanding unions for all, USD 15 per hour and an end to sexual harassment, while unions and workers across the country echoed their demands at work and on the streets.