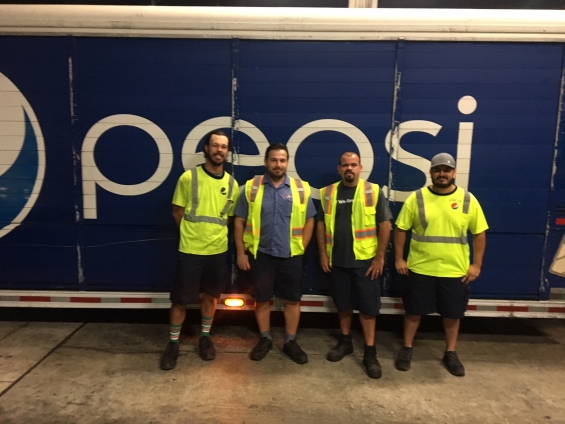 After six months of negotiations, over 200 Pepsi-Cola Bottling Company drivers, merchandisers and warehouse workers represented by Teamsters Local 683 ratified their newest collective bargaining agreement by more than an 80 percent margin.

“The committee succeeded because [we] kept our coworkers informed of how important this contract was,” said Mark Miller, a 29-year Pepsi driver and Local 683 Pepsi-Cola negotiating committee member. “The things that were the most important were the health care and wages, and we got those taken care of.”

The four-year contract provided substantial gains for workers with wages at a minimum of $27.00 per hour by the end of the agreement in addition to a substantial improvement in healthcare.  Workers remain in their Teamster Taft-Hartley medical plan with 100 percent coverage for members.  The Local 683 Pepsi plant is one of only a few Pepsi locations in the country that is party to a Teamsters’ medical plan.

“I really appreciate everyone in the bargaining unit for having faith in the leadership of our local union. They were very patient,” said Local 683 Secretary-Treasurer Todd Mendez. “Everyone trusted one another enough to put in the time that we needed to get this contract, and it paid off tremendously.”
Find the original story here: https://teamster.org/news/2018/09/teamsters-local-683-ratifies-newest-contract-pepsi
pepsi_lu_683.jpg