Home/News/The battle of Turnhout is over – what’s next?

Unions and management at the Turnhout H.J.Heinz plant in Belgium have reached an agreement on a social plan and packages to compensate the job loses for almost 190 employees after the factory shuts down.

The decision to close the factory was made despite the fact that the plant is profitable and is the only one supplying sauces for food services in Europe. The closure will have a dramatic effect on the economy of Turnhout, a town with a population of 40,000.

Workers were so angry about the situation that they blocked production and burned the Heinz corporate flag. The company’s initial offer was miserable, “an anorexic plan, shameful for a company, that makes so much profit”, – in the words of trade union secretary Dirk Verhaegen (CSC Food and Services), the spokesperson for the four IUF-affiliated unions, which created a joint front to challenge the management decision. 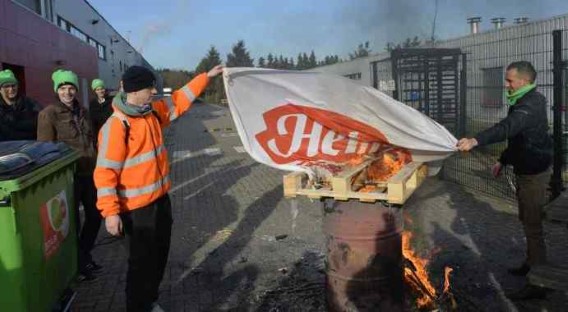 The struggle of the Belgian workers received support from across the ocean, when the UFWC-RWDSU members circulated leaflets at the gates of a Heinz plant to inform the members of the management action and express solidarity with the Turnhout workers. In view of the escalating union campaign the company raised the offer, which was finally considered satisfactory by the union members. The blockage in Turnhout was suspended. 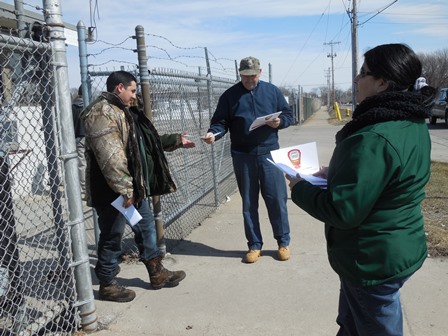 Photo: Union Representative Rose Dietz and President of Local 705 Harrell Daniels are passing out the handbills to RWDSU-UFCW Heinz members in Holland, Minnesota.