Published: 15/09/2014
Workers in the Citra Mina group of companies dismissed for forming a union brought a powerful message to the Philippines’ annual Tuna Congress in General Santos City September 4-5: the tuna industry depends on workers as well as fish, workers have rights and Citra Mina is violating these rights. 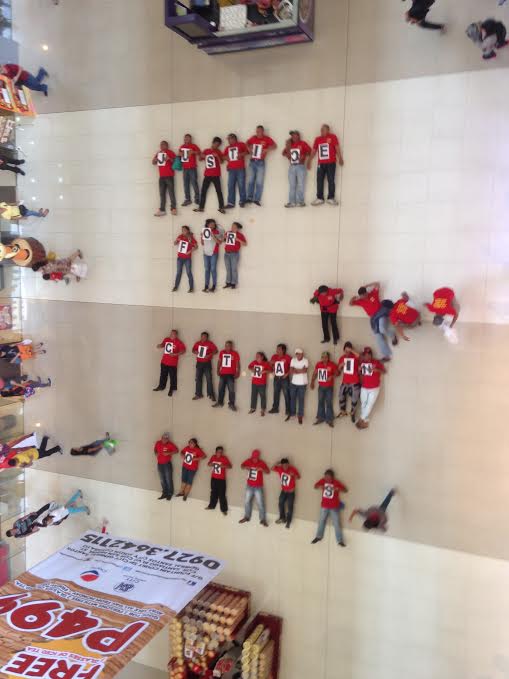 Citra Mina sponsored this year’s Tuna Congress, organized by the fisheries employer federation with the support of the Philippines’ government.

Union members, with support from the national center SENTRO, held a mass demonstration outside the Congress opening, entered a magnificent union float in the festival parade (but were prevented by police from reaching City Hall) and staged a dramatic “die-in” outside the hall.

Inside the Congress, the workers and their supporters, including representatives of the IUF and ITF, were active throughout, effectively raising awareness of the harsh conditions in the industry and Citra Mina’s attacks on fundamental rights. 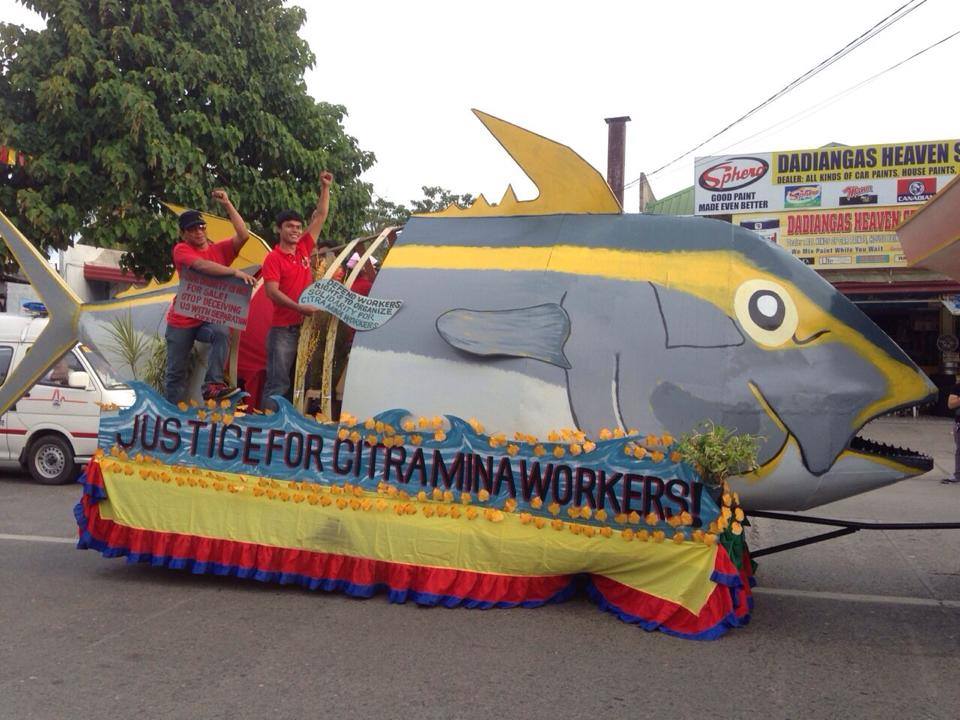