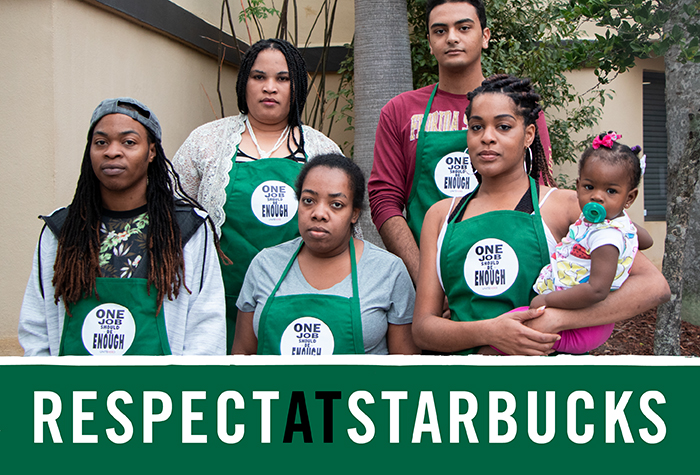 IUF-affiliated UNITE HERE continues its “One Job Should Be Enough” campaign demanding safe jobs that provide enough to live on. The campaign addresses the issues of Marriott hotel workers and airline catering workers. The union has now released a new report entitled “One Job Should Be Enough: Inequality at Starbucks“. The report highlights the issues faced by airport Starbucks LGBTI workers.

Many transgender baristas at airport Starbucks in Orlando, Honolulu, Indianapolis, Portland, and Denver have reported misgendering with management. Managers have been deliberately using words, especially pronouns, which do not correctly reflect the gender with which transgender baristas identify. The report also reveals that Starbucks workers employed by HMSHost are living in poverty. Some have been homeless, slept at the airport and been unable to afford food, some have to work many jobs to make ends meet.

Please find here UNITE HERE’s press release about the report. Congratulations to UNITE HERE for bringing the concerns of LGBTI workers into the public sphere.