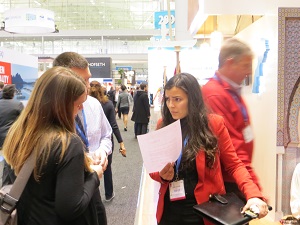 A whole number of corporations known to persecute their workers for their attempts to unionise came to Boston for the annual SeaFooodExpo on March 6-8, 2016 with the view of signing contracts to sell their produce on the North American market. As a part of the Expo, a group of international and national orgnaisations, made a special presentation on violations of labour rights in global seafood supply chains. Les Conserveries Marocaines DOHA (BICHA group) and Thai Union were invited by the International Labor Rights Forum to discuss issues related to observing workers’ rights but chose to ignore the invitation. The US Phillips Seafood representatives’ reaction to the invitation was aggressive.
A conference held as a part of the Expo vividly demonstrated the refusal of American corporations to acknowledge the substantial problem of human rights violations in their supply chains and take responsibility for this situation. This is not surprising given the catastrophic state of things in the area of human and labour rights in fish processing factories in the United States themselves, according to the National Guestworkers’ Alliance report, as well as the extreme way corporate community reacted to the recent report of the Associated Press exposing the use of slave labour on a massive scale in fishing and processing fish and sea food that end up on the American market.