Collective bargaining negotiations at the Horlicks factory in Nabha, located in Punjab state in northwest India, commenced in September 2015 but were soon deadlocked over management’s attempt to outsource jobs and its refusal to convert casual workers to permanent positions. Management reacted to the deadlock with a series of attacks on the union, including the suspension of 23 union members. Although mediation by the local labour office compelled GSK Horlicks management to withdraw the suspension of the 23 on March 19, just two days later the company escalated its aggressive efforts to undermine the trade union by suspending the union president, Mewa Singh.

The strike by 1,950 workers is now in its 16th day. The factory remains closed and union members will not return to work until the suspension of the union president is withdrawn and the company commits to engaging in good faith collective bargaining. 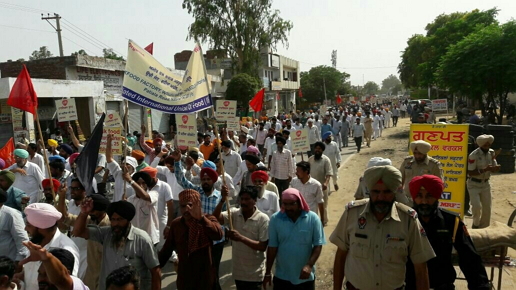