Whereas, the Labor Movement has a long history of organizing for social and economic justice for all workers in the spirit of “an injury to one is an injury to all”;

Whereas, workers and their families who are Lesbian, Gay, Bi-Sexual, Transgender and Intersex (LGBTI) face discrimination, physical and mental abuse, and death for their sexual orientation and gender identity/gender expression;

Whereas, labor unions across the globe are engaging in the struggle for LGBTI workers’ rights to live with safety, dignity, respect and social and economic equality and justice;

Whereas, embracing diversity and encouraging more inclusive unions across the world will grow worker power;

Whereas, in over 80 countries these are laws that criminalize LGBTI people (where it is illegal to love who you love), and in 10 countries where homosexuality is punishable by death, including the south-east Asian nation of Brunei; where those engaging in same- sex conduct can be stoned to death (another reason the TPP should not be approved as a country like Brunei is included). Laws and realities for transgender workers are significantly worse.

Therefore, be it resolved that the IUF shall add its voice, collective power and resources to the movement for full LGBTI equality for all workers and their families; and be it further;

Resolved, the IUF will support LGBTI workers across the globe and educate their members on the importance of LGBTI equality in our collective struggle for justice in the workplace and in our com-munities and be it further;

Resolved, the IUF will provide opportunities for LGBTI workers and their allies to meet at IUF meetings to discuss how to organize – fight – win on LGBTI/union issues. And be it;

Resolved, finally that the IUF commits to speak out against injustice against LGBTI workers across the globe. 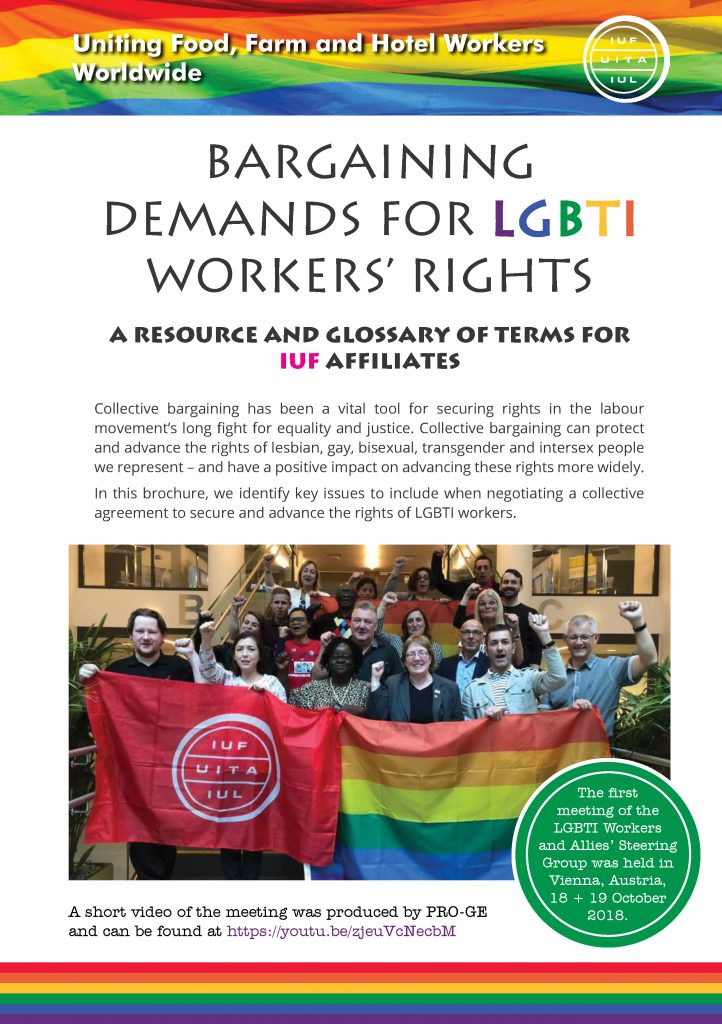 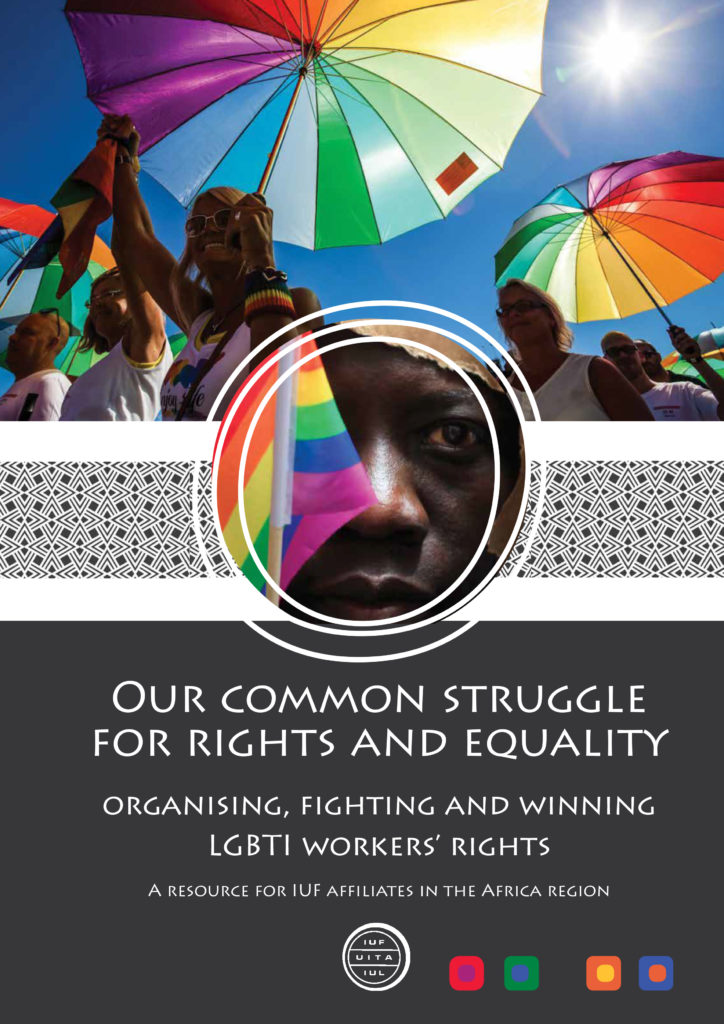 Our common struggle for rights and equality

An Introduction to equality mapping: a tool to strengthen your union

Editorial: On May Day we celebrate the fighting spirit of the Labour Movement

An Introduction to equality mapping: a tool to strengthen your union