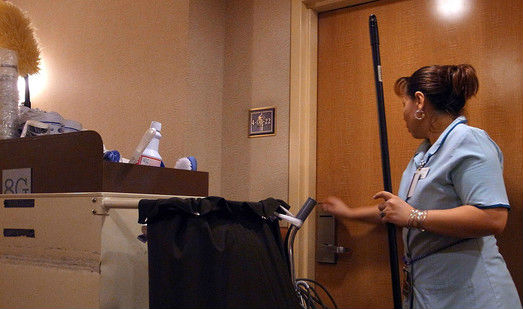 On Monday 18, the union at the Ibis Tamarin hotel in Jakarta which is affiliated to the national hotel and restaurant federation FSPM, won a ballot to enter into negotiations for a CBA. The vote, witnessed by the Manpower and Transmigration office, was demanded by hotel management in the attempt to undermine the union, a further tactic in the management’s union busting attempts since the establishment of the union in 2012.

UNITE HERE Local 75 based in Toronto has finally and fully established its bargaining rights at the Novotel North York hotel. In a series of decisions beginning last December 2015, the Ontario Labour Board has found Novotel North York management to have violated Ontario law by refusing to bargain with the Union and by implementing unilateral changes to wages and working conditions. As a part of these decisions, the Ontario Labour Board also confirmed that the agreement recognizing the Union signed between the Union and Accor applies also to Vrancor, a local hotel ownership group which bought the hotel in 2015. The Union and workers are now bargaining a first CBA at the Novotel North York. Many of these workers have been trying to join the Union since 1998. Vrancor, to which Accor sold two of its Toronto-area hotels, continues to refuse to meet the city-wide standard in negotiations at the Novotel.