Published: 27/07/2017
The German Food and Allied Workers Union (NGG) has signed a national agreement with the fast food employers’ association following months of nation-wide strikes and national and local protest actions in response to the employers’ refusal to pay a living wage. Fast food workers will receive wage increases of between 7.3% and 8.7% over the coming 29 months, and a new starting wage of 9 Euros per hour beginning August 1. The increases are a significant advance over the employers’ previous offers. 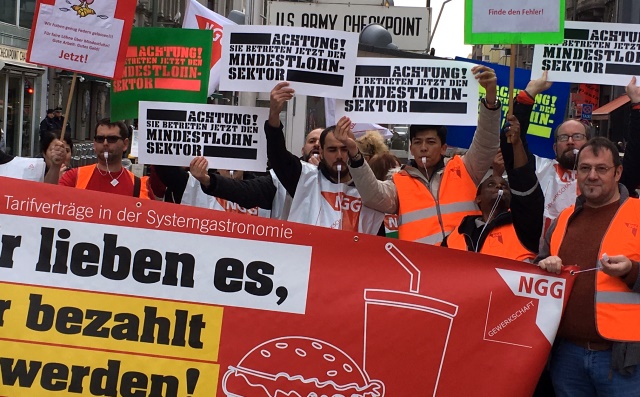 The union has warmly thanked the many thousands of supporters around the world who responded to the IUF’s appeal for protest messages to the fast food chains and the employer association.