Published: 24/05/2015
On May 24 the IUF-affiliated Agriculture and Farmers Federation of Myanmar (AFFM) and Food Allied Workers became the first national union federation representing agricultural and plantation workers and farmers to be recognized in Myanmar.

AFFM, which is registered with 41,286 members in 13 states and regions, is working closely with IUF on food rights and sustainable agriculture, reduction of toxic herbicide use, collective bargaining in plantations, the challenges of contract farming and land grabs.

With formal national recognition AFFM will also seek ratification and implementation of crucial International Labour Conventions for plantation and agricultural workers including ILC No.184 on safety and health in agriculture and ILC No.129 on labour inspection in agriculture. 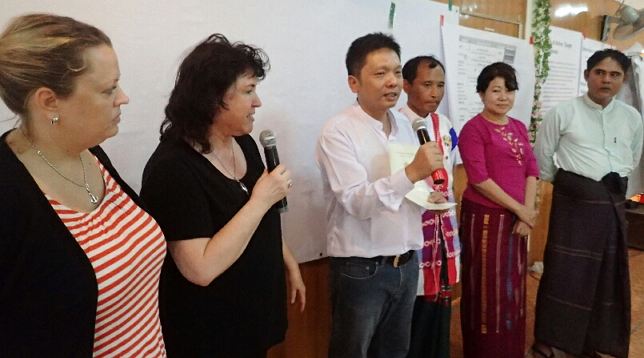 Sister Kristina Olsson and Sister Sofia Eriksson from the Swedish union Kommunal, an IUF affiliate, congratulate AFFM on its official registration as a national federation.