Published: 04/11/2015
The Australian Manufacturing Workers’ Union (AMWU) is stepping up action to contest the forced redundancy of older workers and their replacement with casuals by the US-based vegetable and fertilizer transnational Simplot at the company’s Ulverstone factory in northern Tasmania.

In the midst of ongoing jobs negotiations, Simplot sacked 7 workers on October 23-24, many of them with 25 and more years’ service, at the same time advertising for and employing new casual hires at the plant. Workers arriving for their shifts were informed of their instant redundancy.

The AMWU is fighting back with protest actions and is rallying union and community support.  On October 278, Simplot workers and workers from eight other unions rallied outside the Ulverstone plant. 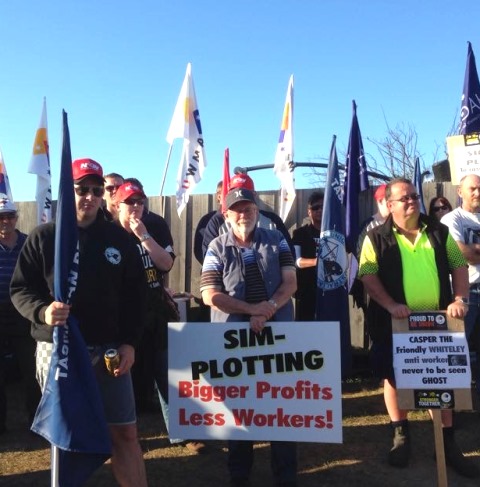 Simplot, one of the world’s largest privately-held companies, last year refused the AMWU’s request to disclose their profits during wage negotiations, claiming that it would give their competitors an edge.