The authorities confiscated the women’s computers, phones, and materials for events they were planning to mark International Women’s Day in several cities and raided the Weizhiming Womens Center office in Hangzhou. The five women are members of the Women’s Rights Action Group, which advocates for gender equality and has publicly campaigned against gender discrimination. 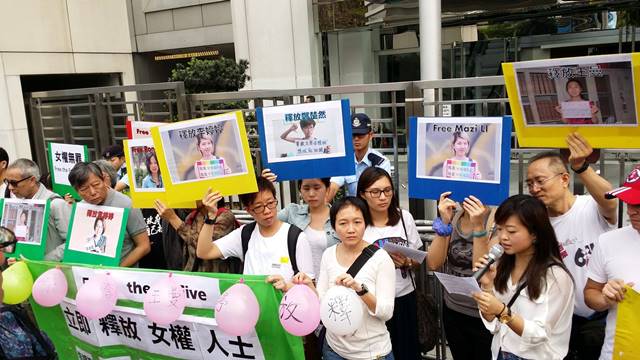 Hong Kong rights activists including the Hong Kong Confederation and Hong Kong Amnesty International held a public march and protest on March 21 and are campaigning for the women’s immediate and unconditional release.