Workers employed by the Buenos Aires cheese manufacturer Barazza S.A. began an indefinite strike on February 29 in defense of their basic rights.

The company harassed union delegates and members of the Argentinian dairy union ATILRA after issues were raised concerning non compliance with the Collective Bargaining Agreement (CBA) and the company avoidance of obligations with regard to members’ health and education. Some workers are wrongly categorized and not included in the dairy sector CBA to their significant financial disadvantage.

ATILRA has pledged unconditional support to its 120 striking members until the grievances are resolved. 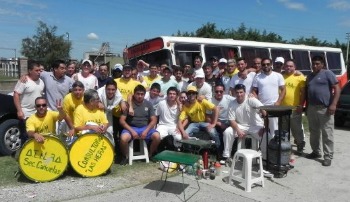