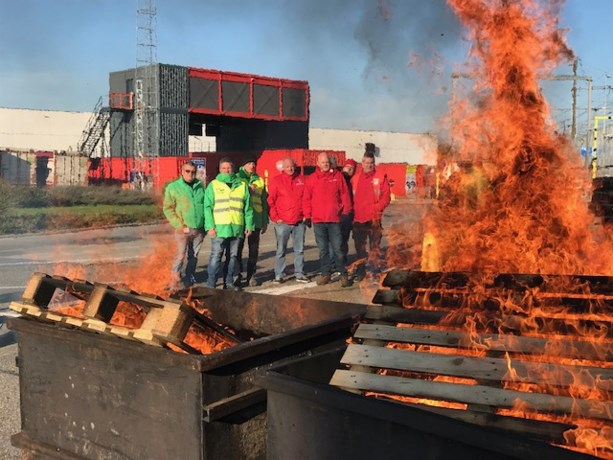 At brewery giant AB InBev, IUF-affiliated trade unions and the management reached an agreement in principle on job security on Friday, December 6, 2019. The agreement will apply for a period of five years.

The conflict at AB InBev had dragged on for two weeks. The trade unions wanted to improve employment security and income guarantees in the event of redundancies for economic reasons. Among other things, they asked for a harmonization of working conditions and benefits for blue collar workers and white collar workers, because the latter now have less favorable conditions. When negotiations started three weeks ago, they quickly reached a deadlock and affiliates called a strike at all AB InBev breweries the next day.

On Monday December 2 to increase pressure, affiliates protested and blocked truck traffic at the gates at the AB InBev breweries in Leuven, Jupille and Hoegaarden. Management then refused to reconvene negotiations until all breweries were running normally. The blockades were lifted on Wednesday evening after the intervention of a judge, but on Thursday morning workers still did not start their morning shift in Leuven. The brewery started normal production during the course of that day.

Management then sent an invitation to affiliates to hold a “final meeting with a clear agenda” on Friday. That meeting resulted in an agreement in principle on the biggest area of disagreement. ACV trade union officer Kris Vanautgaerden said that the agreement on job security and income guarantee will apply for 5 years. “Management therefore commits itself for a long period. People needed that certainty”, said Vanautgaerden. “AB InBev is investing heavily in our neighboring countries and that naturally has worried our members. Now we have an agreement to continue with an existing agreement, with some improvements here and there. We are satisfied. We can perfectly defend this with workers. “

There are now some remaining topics to discuss with the management, but Vanautgaerden does not expect any more problems.

Please find the original report in the Belgian media (in Dutch) here.