At least 23 murders of rural union leaders and defenders of the landless have been recorded in Brazil since the beginning of the year – all of them linked to conflicts over land rights, landgrabbing and illegal logging. The August 16 assassination of Josias Paulino Castro and his wife Ireni da Silva Castro, activists fighting for land rights and agrarian reform in the Brazilian state of Mato Grosso, followed on the murder only 3 days before of  Lúcia Maria do Nascimento, former president of the Union of Rural Workers of União do Sul.

The IUF-affiliated National Confederation of Rural Workers (CONTAG) and the IUF regional secretariat for Latin America have called on the government of Brazil to provide immediate and effective protection for rural workers and their organizations, to break the cycle of corruption and impunity by swiftly bringing the perpetrators to justice and to implement and support fundamental agrarian reform. 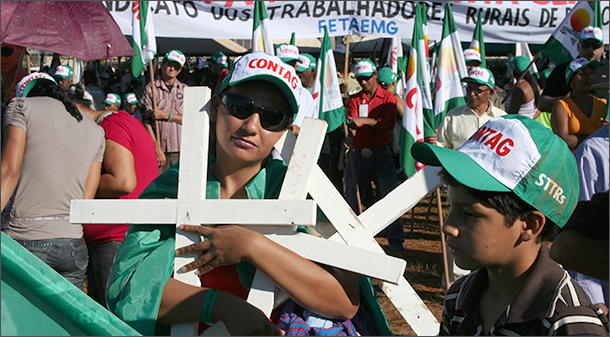