President Michel Temer has also announced plans to allow companies to outsource any job, to extend the maximum duration of temporary work contracts from three months to nine months and to end the 8-hour working day. 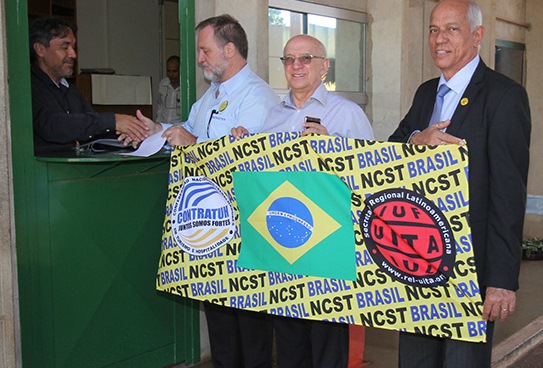 In a passionate plea for support, Albert Broch, former president of the IUF affiliated CONTAG called on members to demonstrate “the strength and unity of the Brazilian working class” while Siderlei Silva de Oliveira, president of CONTAC, warned “We will paralyze the country”.