Hearings in the Brazilian Senate on August 20 marked a significant escalation in the global campaign to hold McDonald’s responsible for abusing its workers. Brazil is one of McDo’s most important markets. Workers and union leaders from five continents, elected officials and politicians from around the world gave forceful evidence of how McDonald’s business model is harming workers, consumers, governments, suppliers, and competitors. 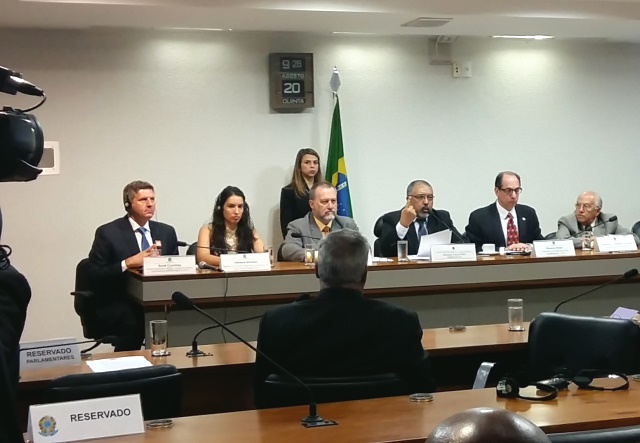 For several days prior to the hearing, a series of actions and protests were held in Sao Paulo, with a massive demonstration at Sao Paulo’s downtown McDonald’s restaurant and a roundtable with McDonald’s workers and politicians from Sao Paulo State Council and City Council. 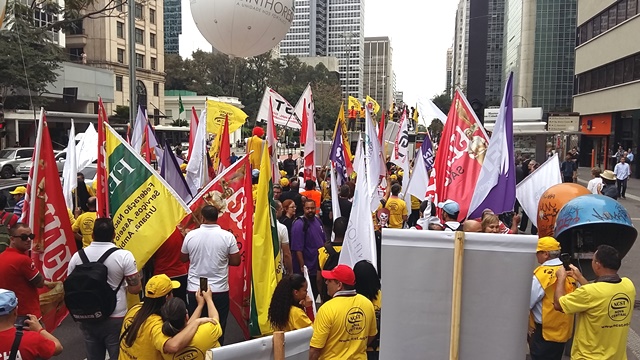 Abuses at McDonald’s Brazil have been repeatedly reported by the IUF-affiliated Contratuh.  In 2013, McDonald’s was fined USD 4 million for abusive and illegal workplace practices (read more here and here). 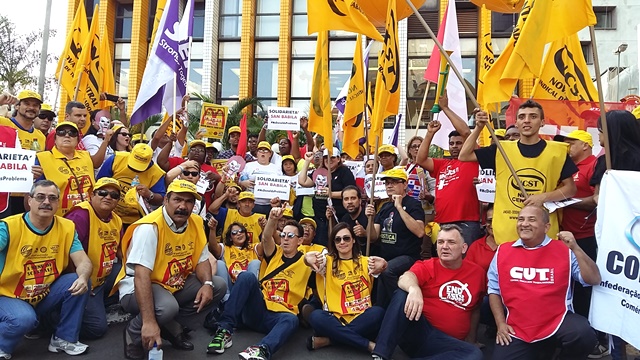 August 20: Fast food workers demonstrate in Brasilia in solidarity with dismissed union members and union representatives at McDonald’s in Milan, Italy. IUF affiliates worldwide have been organizing solidarity and support.