Published: 16/06/2014
A coalition of Brazil’s national union confederations, acting through the umbrella Workers Trade Union Forum (Fórum Sindical dos Trabalhadores-FST), are targeting visitors to the World Cup games to focus attention on the poor pay and working conditions of Brazil’s workers and their joint demands. The unions will be leafleting airports and hotels, particularly in World Cup host cities, to highlight their call for a 40-hour work week with no loss of pay and fundamental adjustments to the country’s inadequate systems of social security and severance pay.

Unions participating in the action also highlight their specific sectoral demands. The food workers’ federation CNTA calls for equal pay and terms of employment for workers employed in companies belonging to the same corporate groups, like JBS (meat) and AmBev (breweries), and a national debate on measures to improve health and safety. CNTA cites data from the Ministry of Social Insurance, which from 2010 to 2012 record 62,000 accidents and 111 workplace deaths in the meat sector. In the brewery sector there were 17,000 workplace accidents and 42 deaths.

The tourism and hospitality federation CONTRATUH is using the action to call for professional training geared to local circumstances, higher wages and government action to make precarious jobs permanent. 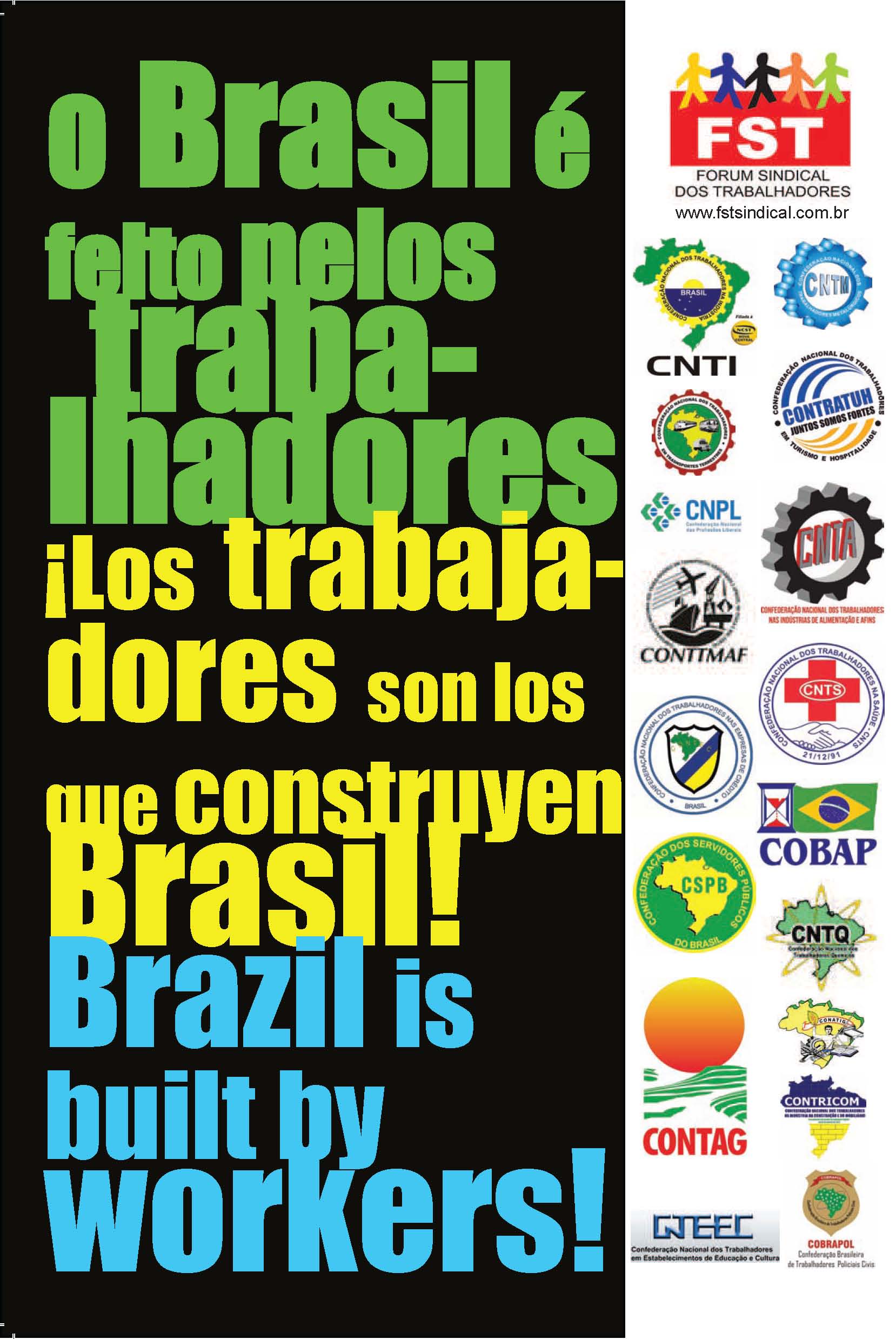