Home/News/C190 and R206: tools for reshaping the world of work 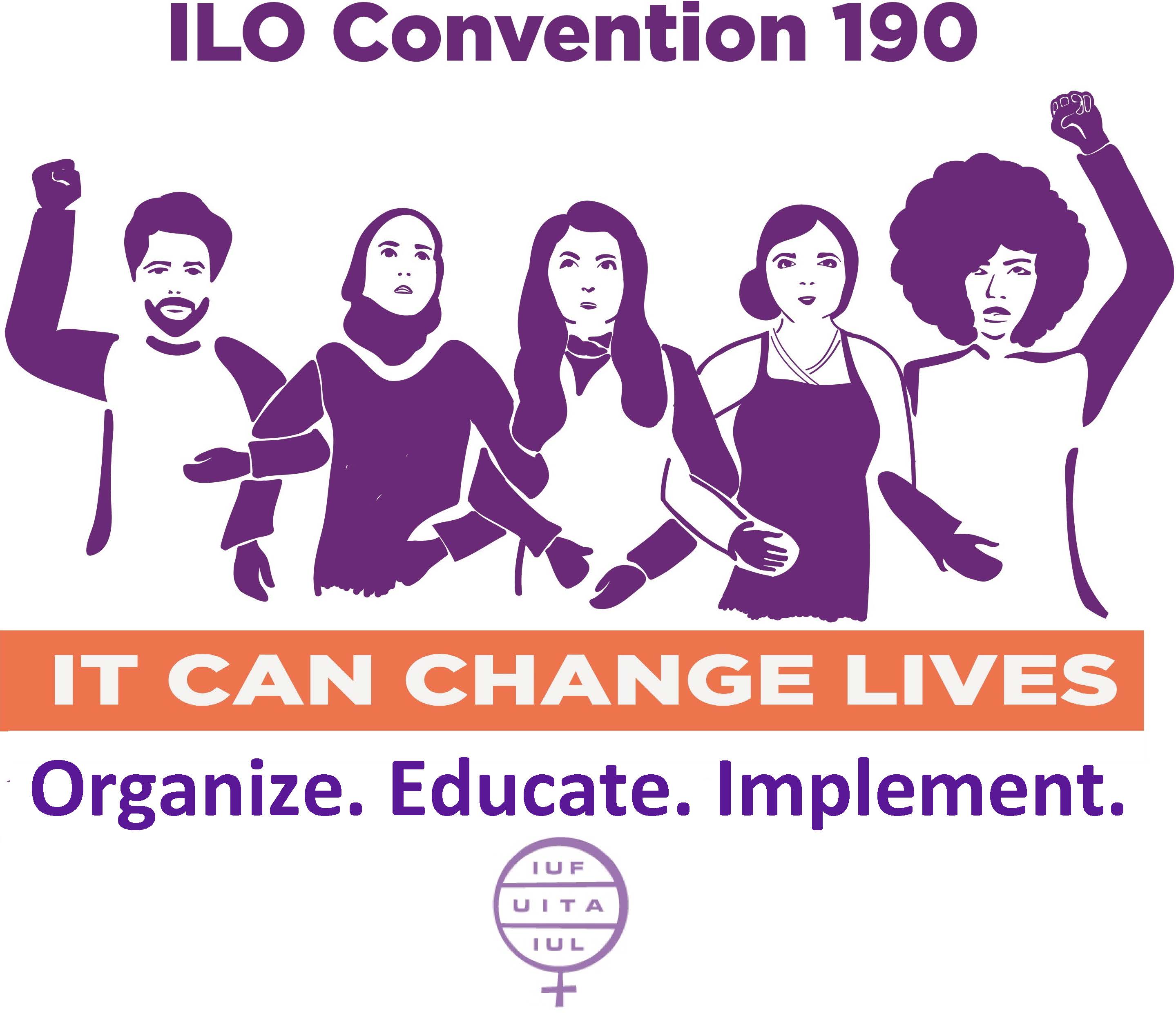 June 21, 2020 is the first anniversary of the International Labour Conference’s adoption of Convention 190 (C190) and Recommendation 206 (R206) on violence and harassment in the world of work. While countries such as Uruguay, Argentina and Fiji have announced their ratification of C190, who could have imagined that this commemoration would take place in a context so inauspicious for a joyful celebration? The COVID-19 pandemic has had a major impact on IUF workers and their families. Some governments are taking advantage of the situation to restrict trade union rights and civil liberties. Meanwhile, IUF affiliates are fighting to protect workers’ health and safety and save their jobs.

First, crises are conducive to an increase in violence and harassment at work and in society at large, as we are seeing at the moment. For example, affiliates in Malawi have noted an increase in cases of sexual harassment on tea plantations. Thanks to awareness-raising training programmes on gender-based violence organised by the affiliates, women workers have been able to denounce such incidents and, following an investigation, the perpetrator was sacked. In the United States, but not only there, unemployment now affects women more than men and it is to be feared that they will be forced to accept any work whatever the conditions, limiting even more their margin for manoeuvre. In recent months, all over the world, rates of domestic violence have exploded.

Second, since the start of the crisis, the unions are organising to try to ensure there is no return to normal because “normal” is precisely the problem. Normal means customer violence is tolerated because “the customer is always right”, a colleague whose ex-partner harasses her even at the workplace is sacked because she is not working hard enough…

These two standards propose practical steps that unions must take to put an end to violence and harassment and negotiate a comprehensive framework for the construction of the foundations necessary for a world that is better able to resist future economic and social crises.

“One year on from the signing of Convention 190 against violence in the world of work, let us renew our efforts to continue the campaign for ratification by governments and full implementation in our quest for a fairer society”, reminds Patricia Alonso, Chair of the IUF Women’s Committee.