Three of the five trade union leaders abusively dismissed by Mondelez in Egypt were in Switzerland during the week of 18 November for a series of solidarity events. 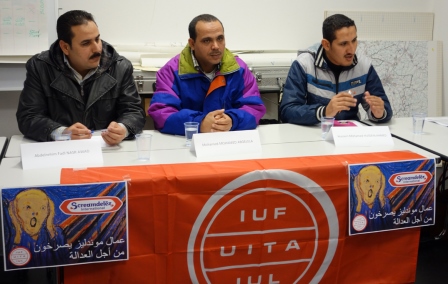 Nasr Awad, Mohammed Hassan and Hussein Ahmed spoke before a group of activists and trade unionists gathered in Bern on 20 November. The event, organised jointly by the IUF and our Swiss affiliate, UNIA, was an opportunity to build solidarity and support in Switzerland for the fight for reinstatement.

The following day, members of European affiliates attending the Mondelez European Works Council meeting in Zurich, joined the three dismissed union leaders in a protest outside Mondelez European headquarters, where participants made it known the Cadbury 5 had their full support in a noisy protest in the snow. 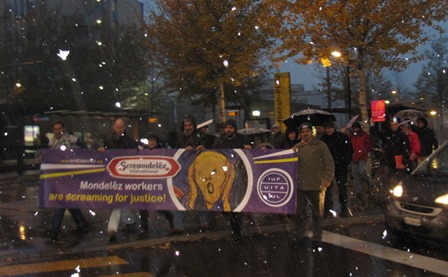 On the way to Mondelez European headquarters 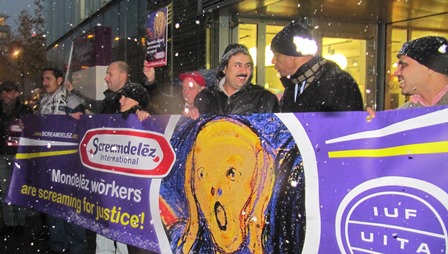