Management of the 5-star Naga World Hotel Casino in Phnom Penh has suspended the union president as it escalates its attack on the union and its right to bargain wages. In May 2019, the Naga World Hotel Casino (Labour Rights Supported Union of Khmer Employees of  Naga Hotel) [NHW] launched a campaign for wage bargaining rights following nearly two decades of struggle for formal recognition and collective bargaining rights. It now faces a management backlash as it seeks to collectively bargain wages for the first time.

Union president Chhim Sithar, who is also a member of the IUF Asia/Pacific Regional Youth Committee and IUF Women’s Committee, was suspended on September 20 for allegedly breaching company rules. She was in fact only assisting a union member who was being harassed by security over the fact that she had a union t-shirt on wage bargaining in her bag.

As the union prepares for strike action to protest the attack on the union president, the IUF Asia/Pacific Regional organization is mobilizing support from affiliates in the region. 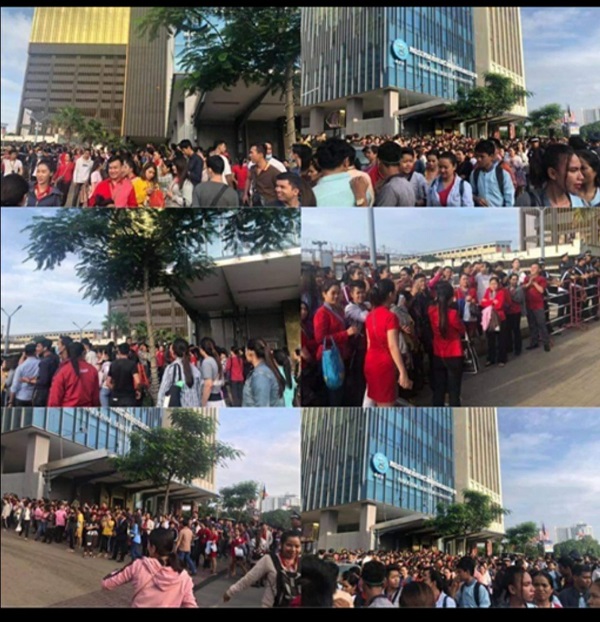 Union members have been mobilizing in support of their demand for wage bargaining rights and withdrawal of the union president’s suspension.
NagaWorldCambodia.jpg
NagaWorldHotelCasino.jpg