Suspended union president Sithar Chhim has been reinstated at her job following a strike by union members at the Naga World Hotel Casino in Phnom Penh launched on January 9. Union members walked out in support of their long-standing demand for recognition and collective bargaining rights, reinstatement of their president, who was suspended on September 20, 2019 and union proposals for protecting workers from violence and abuse. 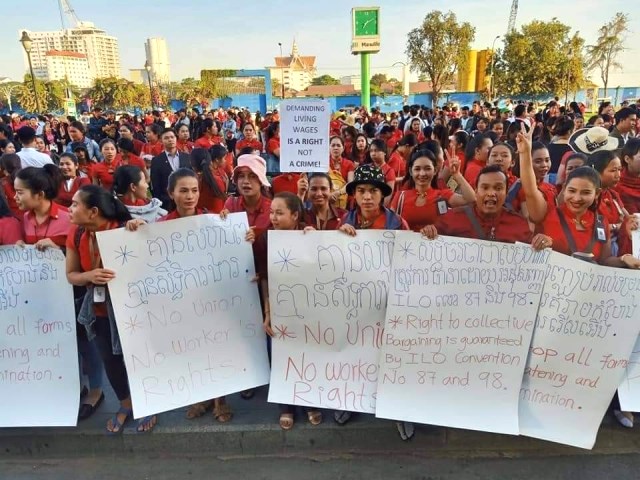 The walkout was called off following the second day of industrial action on January 10 after management agreed to reinstatement and a wage settlement was agreed to in mediation involving government officials.

However, there is unfinished business at giant Naga World. Management has obtained a court injunction declaring the strike illegal, after threatening disciplinary action including termination against strikers following the membership vote for strike action. Recognition of the fight to bargain wages remains to be secured; and the union has yet to secure agreed protections against harassment, violence and abuse, particularly for workers in the casino department.

The union has warmly thanked the many thousands who sent messages in support of the fight to reinstate union president Sithar Chhim.