With strong support from members and the community, Citra Mina workers in General Santos, Philippines have beaten back company pressure to end their factory picket. On April 22, the Mayor’s office issued an order for the union to cease picketing or face forcible removal. Over the next three days, union members and supporters mobilized continuously to show their support for the striking workers and their struggle. The Mayor’s office then rescinded its order – and apologized for its “error”. The workers have been picketing for over a year in support of workers who were sacked in waves of repression for forming a legally registered union and demanding recognition.

Citra Mina is under growing pressure in the Philippines, where Congressional hearings into the company’s abuses will shortly enter a new round, and in the European Union, a prime export market for the company’s tuna. 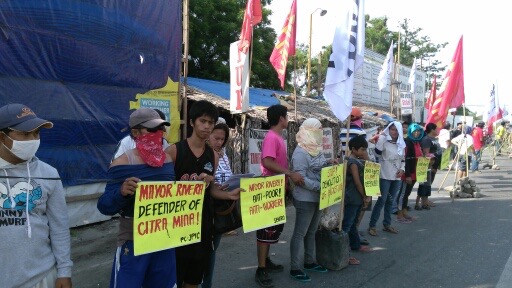