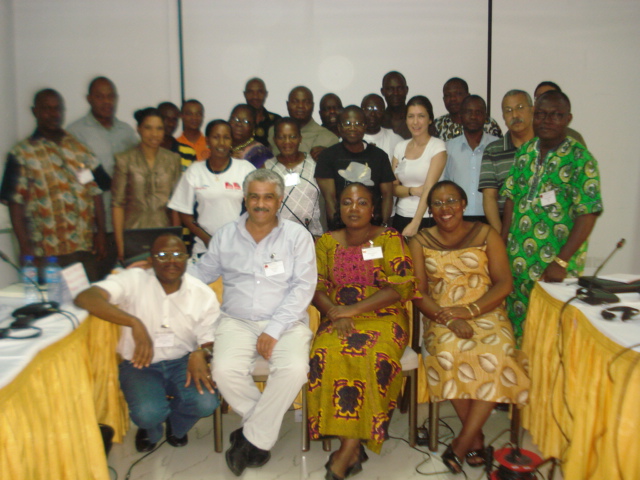 The meeting was first of its kind bringing together the unions organised in both Coca-Cola and PepsiCo companies in Africa region. The General Secretary of IUF, Ron Oswald addressed the meeting and made a presentation on the TNCs strategy of IUF and explained particularly the history, present and future IUF work for the Coca-Cola Company.

Participants appreciated his intervention and congratulated the successes obtained through the Atlanta negotiation process. Furthermore delegates asked questions and shared their ideas and wishes on how to better integrate the work of African members into IUF Secretariat’s work for Coca-Cola and PepsiCo. In plenary and working groups, participants had the chance to exchange information and experience about their ongoing fights and organising initiatives and targets. They enjoyed each other’s recommendations on topics such as fighting against precarious work and organising causal workers.

A major topic of the Coca-Cola and PepsiCo conference was how to combine the struggle against precarious work. Country reports showed that there is enormous use of contract labour with different forms either through labour agencies or hiring daily disposable jobs. In some locations, casualization at the production line is higher than permanent workforce which is a growing trend and threat for losing the gained rights and conditions for the entire workforce. Unions declared that they find it very difficult to remain their existence and strength in such workplaces.

Delegates intensively discussed strategies to push back and limit casualisation, and unanimously approved the draft proposal for objectives, future activities and coordination of IUF Coca-Cola and PepsiCo work in Africa.

Participants also agreed on join actions they would need for a well-established coordination and communication structure. In order to achieve this goal, 2 union representatives volunteered themselves to facilitate communication between affiliates organizing workers in the same subregion. Getrude Zacharia from TUICO, Tanzania nominated herself for assisting the coordination in the Southern part and Houcine Krimi from FGAT, Tunisia volunteered to facilitate the coordination of unions at the North subregion together with the Coca-Cola and PepsiCo regional Coordinator Simeon Dossou.

The IUF Coca-Cola workers (www.iuf.org/ccww) and IUF PepsiCo union network (www.iuf.org/pepsico) websites were presented as pools for exchanging information and learning more about the union and company developments taking place in different regions and countries. Participants who are not yet subscribed to both networks are encouraged to become members and share information regarding their trade union work and activities.

In conclusion of the conference, participants expressed their commitment to work closer and in cooperation with a better coordination to defeat the serious challenges to the workforce they represent in Coca-Cola and Pepsi Co Africa operations. They agreed that this fight requires joint transnational union action and they will prioritize this target in the agendas of their respective unions.