Published: 18/02/2018
At its annual general meeting on February 16, the Mondelez (Cadbury) Progressive Employees Union celebrated the conversion of 94 long term casuals to permanent jobs. The casual workers were employed at the Cadbury plant for several years through corrupt labour hire agencies that exploited workers’ insecurity and vulnerability.

Affiliated to the IUF through the Pakistan Food Workers Federation (PFWF), the union gave priority to tackling insecure jobs in 2013, with the aim of lifting casual workers and their families out of poverty and ensuring access to the same rights as permanent, unionized workers. At that time the union had 42 members. Today the union has 191 members.

The union thanked PFWF and IUF affiliates around the world for their continuous support over the last 5 years. 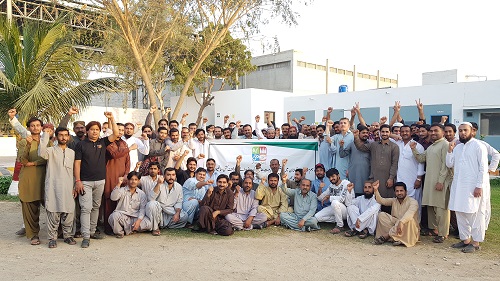