The fight for freedom of association at Coca-Cola Amatil’s operations in
Indonesia has escalated with the formation of the Coca-Cola Indonesia
Workers Council, bringing together four independent unions and
challenging the company’s collusion with SPSI, the national union
structure originating in the New Order military dictatorship (1967
-1998). Management refused to recognize the Coca-Cola Indonesia Workers Council and continues to harass union members while refusing to reinstate the terminated independent union leaders Atra and Lutfi.

This follows mass protests against the recent renewal of the national collective agreement imposed by the company in collusion with SPSI. The national collective agreement undermines workers’ rights in the face of restructuring and mass layoffs while slashing workers’ benefits. On May Day workers at the bottling plant in Semarang boycotted work on a public holiday to protest the terms and conditions of the national agreement, prompting management to visit workers at their homes in an effort to harass them into returning to work. They refused. Subsequently management continued this harassment through threats of disciplinary action. 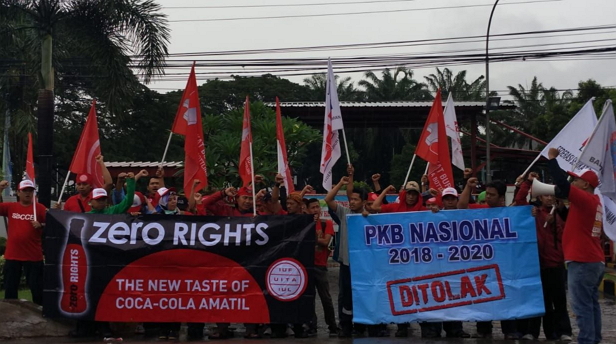 On May 3, the Coca-Cola Indonesia Workers Council wrote to Coca-Cola Amatil Indonesia stating that: “The national collective agreement was negotiated against a background of violations of the right to freedom of association by the Company, including terminating union leaders, and as a result genuine collective bargaining rights cannot be realized. In this situation workers work every day in a climate of fear and intimidation, and this greatly affects the outcome of any such negotiation.”

The Council observes that the majority of workers refuse to accept the national agreement despite management attempts to implement it, and reaffirms that, as independent trade unions formed through the exercise of the right to freedom of association, “we refuse to recognize or abide by any collective agreement concluded in a climate of fear and intimidation.” 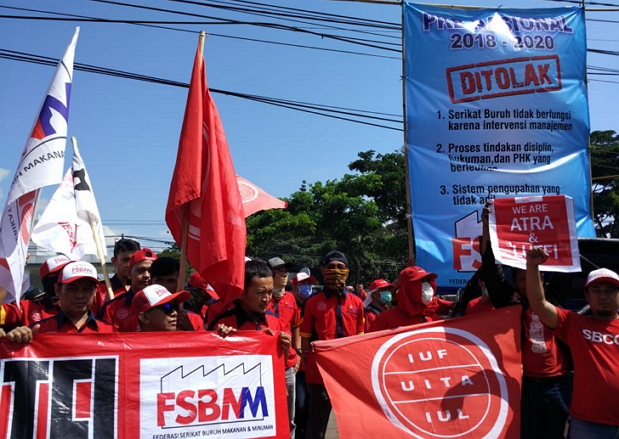