Published: 26/09/2016
On September 25, Korean farmer and rights activist Baek Nam-gi succumbed to injuries inflicted by police when massive force was used against a national demonstration in Seoul last November. After he was struck down by water cannon, police continued to blast him and demonstrators attempting to come to his assistance. Baek was taken, unconscious, to hospital where he remained in a coma for 317 days.

A life-long fighter for democracy and the defense of rural livelihoods, Baek was expelled from university for protesting against the military dictatorship of Park Chungh-hee (father of current president Park Geun-hye) and jailed under the Chun Doo-hwan dictatorship which succeeded it. 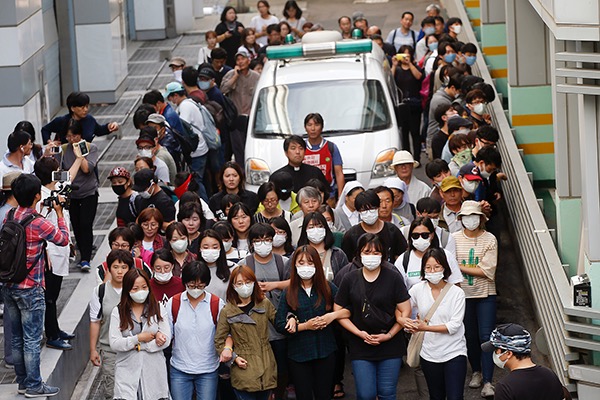 Supporters gathered outside the hospital following attempts by the police to seize the body for an autopsy with the presumed goal of contending that the cause of death was not linked to the water cannon attack. Even after this attempt at a post-mortem whitewash was opposed by family and supporters and rejected by the court, the police and Prosecutor’s office renewed their request for an autopsy warrant, which can be executed without the family’s consent. That request is currently pending. 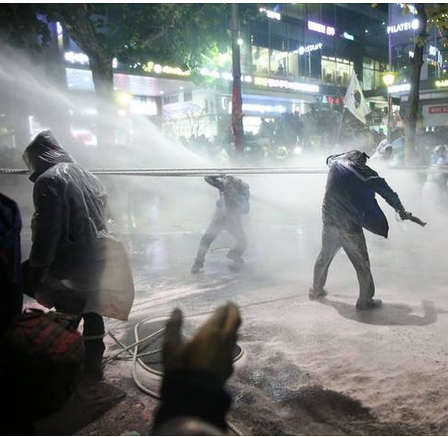 Amnesty International East Asia Regional Director, Nicholas Bequelin said that Baek’s death “Increases the urgent need for the completion of a thorough, independent and impartial investigation into the excessive use of force on largely peaceful protesters including Baek Nam-gi himself. To date, not a single officer involved in the case has faced consequences for their actions.” Earlier this year the IUF built support for Amnesty International Korea’s campaign to demand a public investigation into the use of excessive force against the demonstrators and the holding to account of responsible officials.

The November 14 demonstration was organized to protest new government measures to further promote the casualization of work, restrict trade union rights and undermine farmer’s livelihoods through the Trans-Pacific Partnership. Following the attack on demonstrators, the Korean government has escalated its attacks on trade unions, democratic protest and basic rights and civil liberties.